I’m not sure if PETA would approve of Sarah Dery’s mousetrap design. On one hand, it provides captured mice with a decent resting place, and it makes it easy for you to toss them out the window while shrieking give them a proper burial. 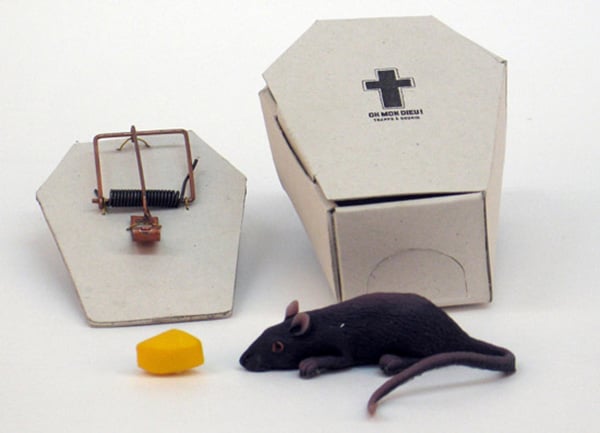 On the other hand, the mouse wouldn’t need the coffin if not for the coffin itself. Hmmm. 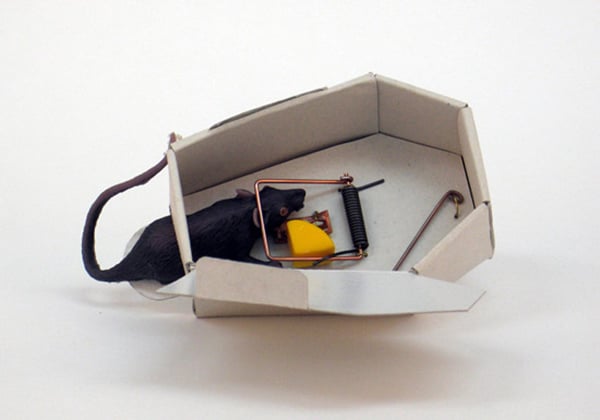 On the other other hand (the technabob thinking man has three hands), it’s a pretty funny setup. 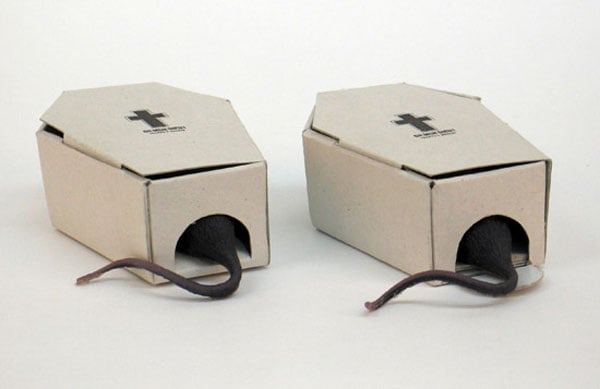 Some would even say it’s morbidly cute. I know I would. ‘Cause I just did.