Darth Vader and Stormtrooper Incense Holders: Smell the Dark Side of the Force

I’m not sure who the target demo is for these Star Wars Imperial incense holders. Maybe they’re for geekster-hippies? Dunno. What I do know is that they’re weird, and therefore I had to write about them. Because as you know, we’re all about weird here on technabob. 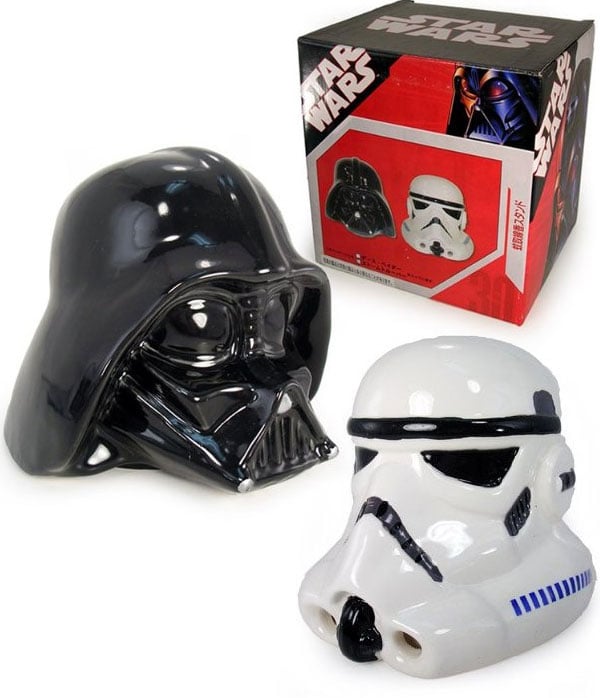 Now what sort of incense would burn well inside of Darth Vader’s ceramic head? Let’s see, maybe some lavender or patchouli? Nah, I think the dark side deserves something more pungent – perhaps something woody or musky. And I always thought that stormtroopers should smell like coconuts. Why? Again, I’m just weird that way. Both Darth and Stormie hold incense coils, and can even be used to burn those mosquito-repellent coils. I thought Mosquitoes would just explode in mid-air at the site of this Sith Lord and his trusty soldier.

But seriously… Maybe if the Empire had been burning incense in the Death Star all the time, they would have been more mellow, and they would have invited the Rebel Alliance over for a brownie and macramé party instead of trying to blow them up. Can’t we just all get along?

If you really want a pair of these, you can grab the set over at Amazon