Stanford computer science and electrical engineering professor Marc Levoy is a bit tired of the marketing gimmicks for digital cameras. He says that the “megapixel war” is over and the battle has now shifted from quantity to quality, as in what feature does camera X have that camera Y doesn’t. But Levoy doesn’t want to wait for the competition to heat up before companies start dishing out neat features for people to enjoy. He wants everyone to be able to customize and improve their cameras, without waiting for companies to innovate, and without restrictions like warranties. Levoy and his team think that the Frankencamera can make that dream come true. 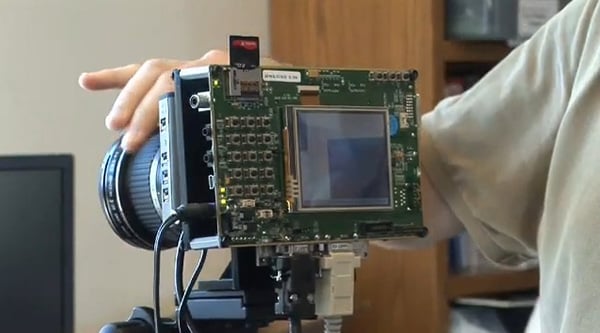 Stanford University News runs down the hardware of the open source camera: “…the motherboard, per se, is a Texas Instruments ‘system on a chip’ running Linux with image and general processors and a small LCD screen. The imaging chip is taken from a Nokia N95 cell phone, and the lenses are off-the-shelf Canon lenses, but they are combined with actuators to give the camera its fine-tuned software control. The body is custom made at Stanford.” 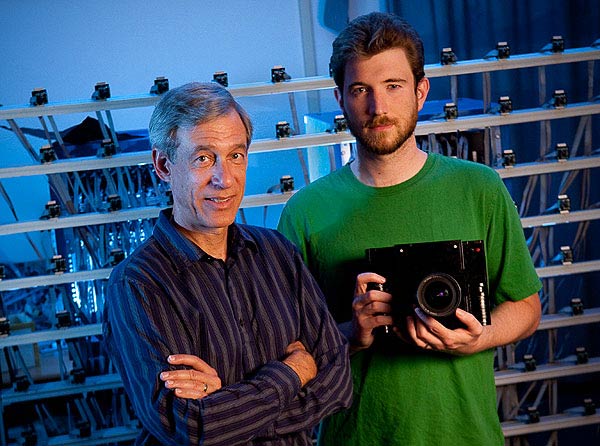 Computer science graduate student Andrew Adams – pictured above with Levoy – wants digital camera users to be able to download applications for their cameras, in the same way that we download programs that extend or improve our PCs. Levoy’s team hopes to have the Frankencamera’s operating system released publicly by next year for some crowd-sourcing action.