Bioshock 2 Multiplayer: Rapture at Its Most Chaotic

Does every game necessarily need multiplayer? Nah, certainly not, but these days, it’s pretty standard, though the excellent BioShock was allowed to stand on its own as an (amazing) single player experience. For the sequel, however, players get a chance to experience the fall of Rapture firsthand in the new multiplayer mode. At least there’s a good idea fueling the multiplayer mode! 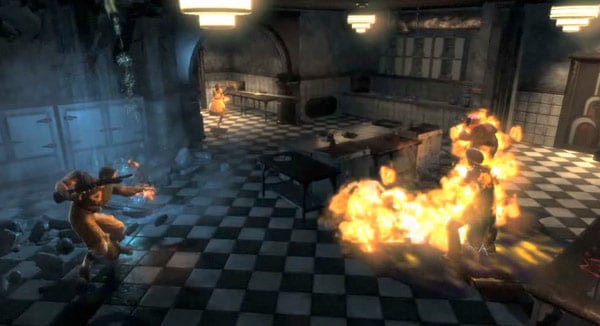 Forget the Circus of Values–this is a circus of death. Violent, flaming, bullet-riddled death. BioShock in multiplayer looks like a very bad day in Rapture indeed. Something tells me that frequent, inescapable death will be the order of the day when settling down for a few rounds with all the crazies.

Just in case you didn’t die enough in the single player mode. Or maybe that was just me.