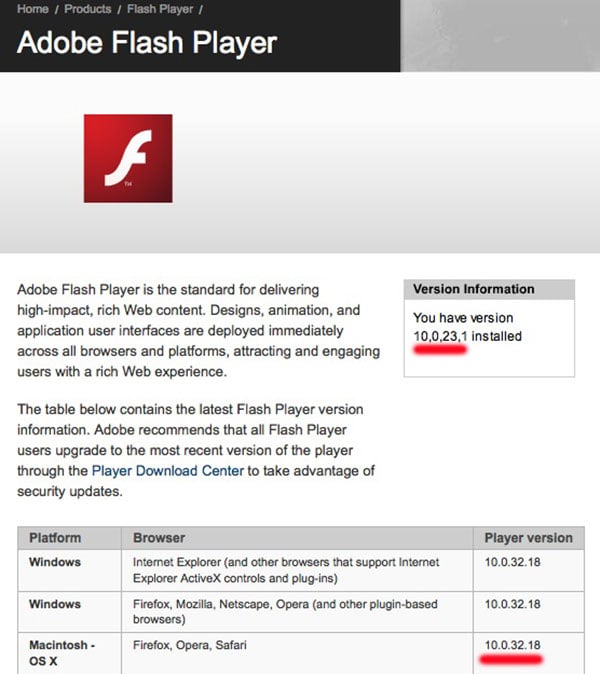 Sadly, the folks in Cupertino don’t warn its customers about this. While it’s not exactly a major oversight, I don’t think it would have been hard to have the Snow Leopard installer end with a prompt telling users to check their Flash players.

Of course you’ll still be able to watch videos of puppies who can’t roll over even if you don’t have the latest version of the Flash player, but you’ll also be less secure because these upgrades are released mostly to address security issues. As of this writing the latest version is 10.0.32.18. You can check the version of the flash player installed on your system by visiting Adobe’s about Flash player page. If you don’t have the latest flash player then I suggest you upgrade. Or you can be macho about it and let the malware come at you.