The Real Mac Tablet is a Coffee Table [Casemod]

With all of the buzz on the ‘nets about Apple’s upcoming tablet Mac, I think I’ve got the scoop on the original Mac Tablet. 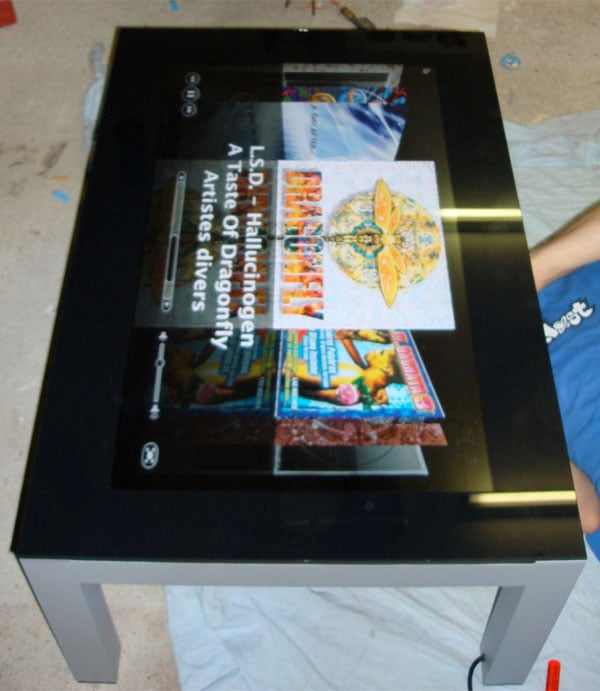 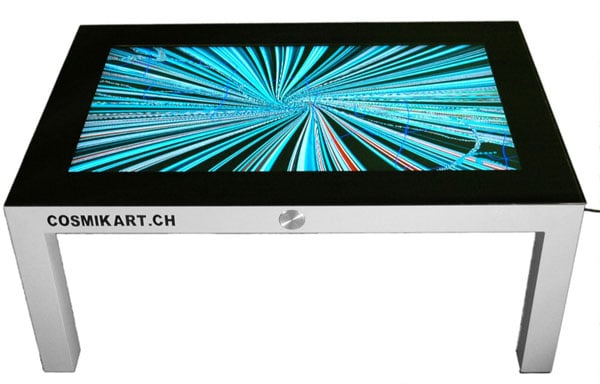 The Tablet Mac was built using the brains of an old iBook G4 laptop (running OSX Tiger). The laptop circuitry was set underneath a 37-inch flat panel LCD screen. Everything is self-contained in the table, with the only thing sticking out at all being the power cable. 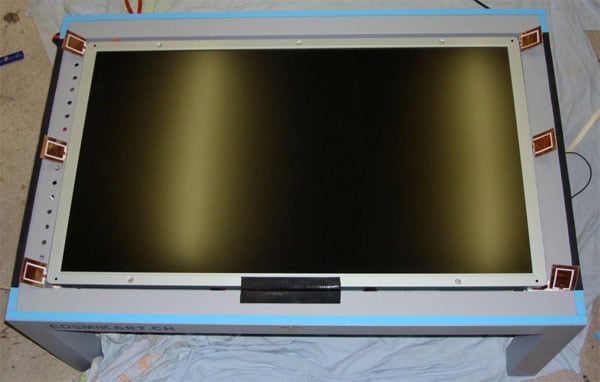 While the display isn’t a full touchscreen (it should be), there are six tactile control buttons around the perimeter of the display which allow interaction with the apps on screen. Being true MacGyvers, the circuitry for the buttons came from a cheap six-button joypad. 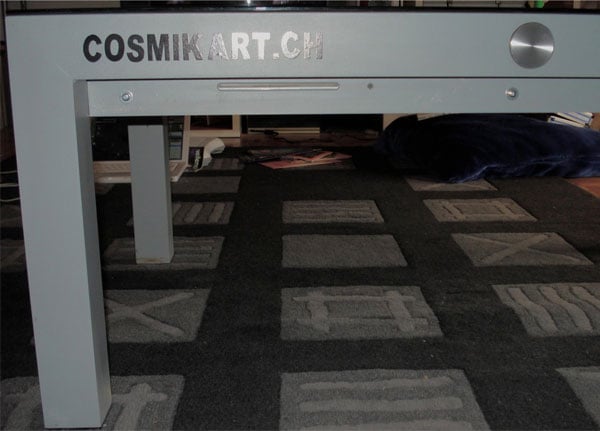 Notice the DVD loading slot there? Clever hiding place. An embedded Griffin PowerMate USB controller on the front edge of the table also provides for basic interactions like scrolling and adjusting volume. There’s also a wireless keyboard and mouse if six buttons and a scroll wheel aren’t enough for you.

While the interface is limited in its capabilities, it’s more than sufficient for controlling tracks in iTunes as shown in this video clip…

It’s all built into a sturdy steel-framed table with thick tempered glass tabletop to protect the screen from spills and other damage. If only there were a true multitouch display and it ran Snow Leopard – I’d be sold. Still I wouldn’t kick this thing out of my living room if one showed up at my door.

You can check out more photos and the complete build log here (Google Translated from French).