I haven’t heard of Robot Taekwon V up until now, but I think he’s about to become a lot more famous because of South Korea’s soon-to-be-built robot-themed amusement park, Robot Land. The park will have a statue of the 70s cartoon hero (who was known as Voltar the Invincible in the US). If you think Japan’s Gundam statue was already huge at 59 ft, Robot Taekwon V’s statue will be freakishly huge at 364 feet. As Plastic Pals points out, the statue will be twice as large as the Statue of Liberty. And even if you add Miss Liberty’s base the South Korean robot will still be much larger. Damn. 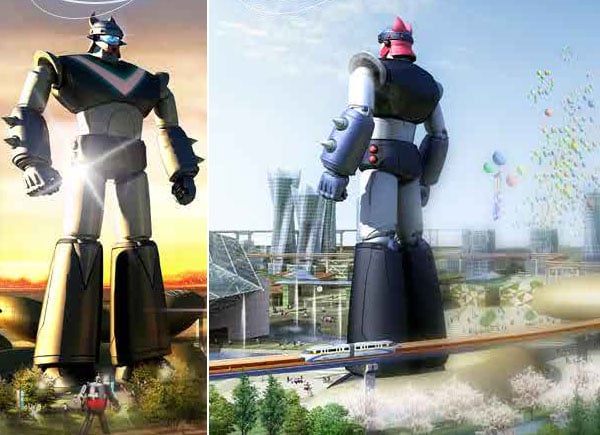 Unfortunately we don’t have actual pictures of the site or the statue’s parts, only conceptual drawings. Can someone translate the details below so we’ll know a lot more about Mazinger Z Robot Taekwon V? 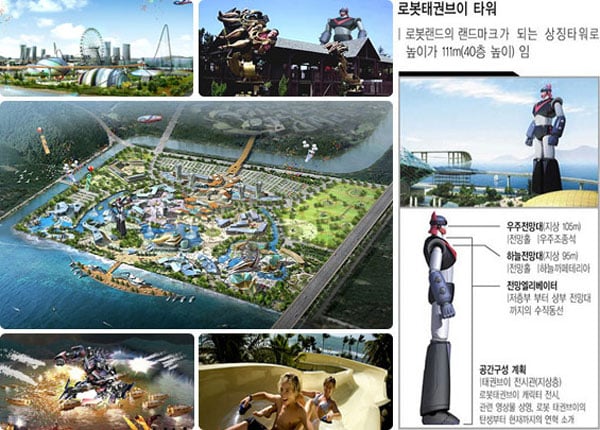 Koreans – and people who can read Korean – can check out this newsletter as well as the theme park’s website for more details. I hope the statue won’t be made out of balloons or something.

In other news, China just announced that the Great Wall of China is actually a robotic snake statue based on an  epic tale that was all the rage back in 230 BC. A tale about a giant robotic snake.