The delightfully named Shank seems to have been big business at the just-wrapped Penny Arcade Expo, with the Internet a-buzzin’ over the game’s ridiculous cartoon violence. It’s slick, it’s beautiful, and it takes its cues from beat-em-ups, which makes it automatically among the best games ever. 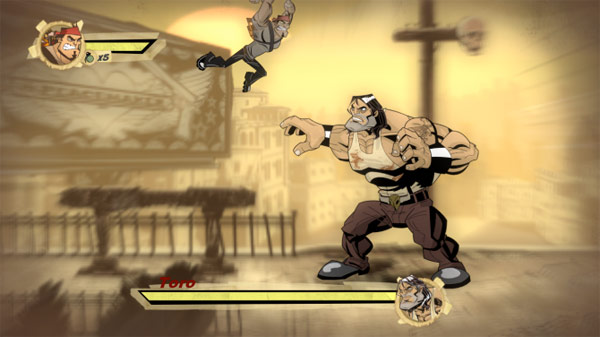 Shank’s 2D action is glossy and gorgeously rendered, but still manages to look more like old school cartoons than most of its contemporaries. That works, though; the cartoons I grew up with were always full of ridiculous and awesome violence, so I’m already sold on the concept.

Shank is still so early in development that there’s no official word on a release to any platform but PC, though a console release seems likely with the uniformly positive impressions out of PAX. Just look at the footage.

Man, I want to play that right now.