A Best Buy employee recently posted screenshots of what he claims is part of a training program about Windows 7. The screenshots show some Windows vs. Linux comparisons. You probably know where this is going. The employee is overclock.net forum member GodofGrunts, and here are some of the screenshots he posted: 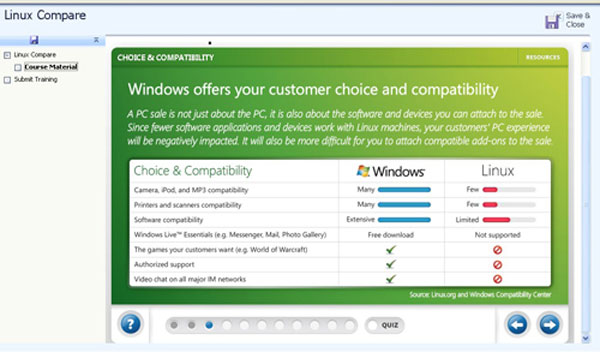 Now I have never used any Linux OS, but even if it’s true that there are fewer major software that are compatible with the system, I am pretty damn sure that there at least 2 Linux apps that provide video chat – Skype and Pidgin. As for the printer and scanner compatibility GodofGrunts adds, “I’ve yet to see a printer that doesn’t have a driver. You might have to download it from the products website though (gasp!).” GodofGrunts also adds that there are Linux distros that offer official technical support, contrary to what the table above indicates. 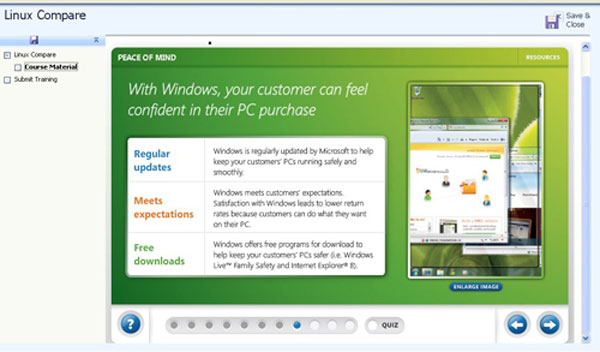 I like how Microsoft lists “Free downloads” as one of Windows’ strengths when in fact people can legally own a Linux OS for free; same with Linux programs. Is Windows free? Is Microsoft Office free? 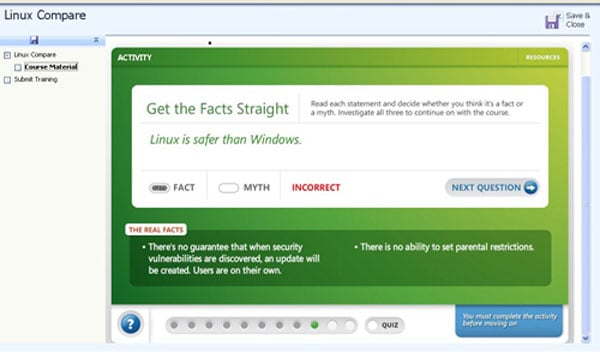 Again, I don’t have sufficient knowledge about software so I can’t comment on that claim – note that the training program doesn’t really claim that Windows is safer than Linux – but this forum lists a couple of advantages that Linux is supposed to have over Windows. If this training program is really being used to “teach” Best Buy employees, it means that Microsoft is just breeding technological ignorance.

Why can’t they just talk about how Linux systems aren’t that user-friendly? At least that’s still somewhat true. The original images that GodofGrunts posted were taken down by Photobucket because of bandwidth limits, but you can go to Electronista to see some of the other screenshots.