Not So Much Feelin’ This Xbox 1080 Portable Concept

Kotaku’s Owen Good likened this concept to Blaster from Transformers. Personally, I’d go with a “V-Tech” comparison, or maybe even “LeapFrog.” You know what I’m talking about – something that my 5-year-old sister (and I do have one) would use to help learn her letters, something big and shiny with oversized plastic buttons. 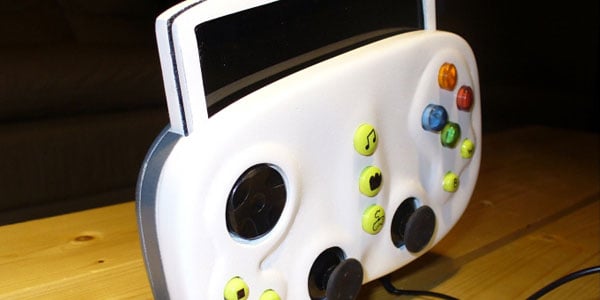 Fortunately for all of us, this child-friendly monstrosity isn’t official or Microsoft-sanctioned. It comes from the imagination of Carl Archambeault, a recent graduate of the Milwaukee Institute of Art and Design looking to break into the exciting world of industrial design. 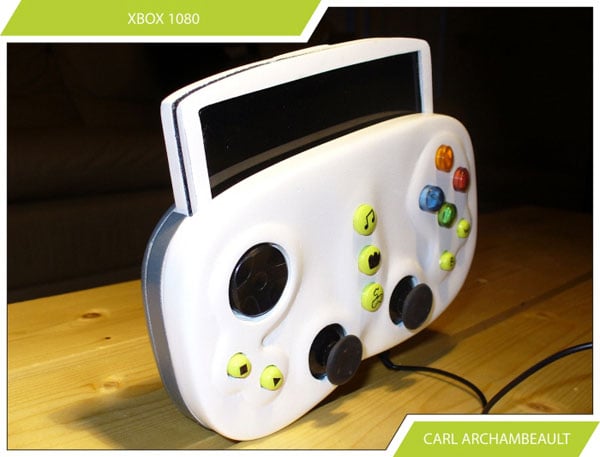 I’m not sure if I’m ready for a portable Xbox device (I have enough handheld gaming consoles littering my desk from disuse) but I’m sure one is inevitable. I do give Carl props for actually building this contraption, though. However, I’m not sure it’s something I’d whip out during the morning train ride to work. 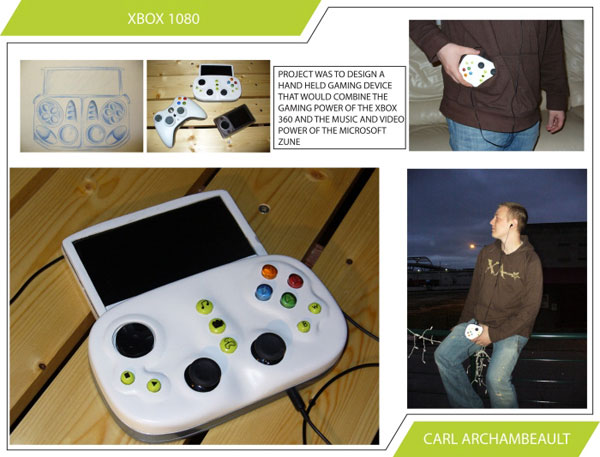