The WPhone is a new mock phone from China that’s loaded up with all sorts of stuff that you don’t find even in a real iPhone. 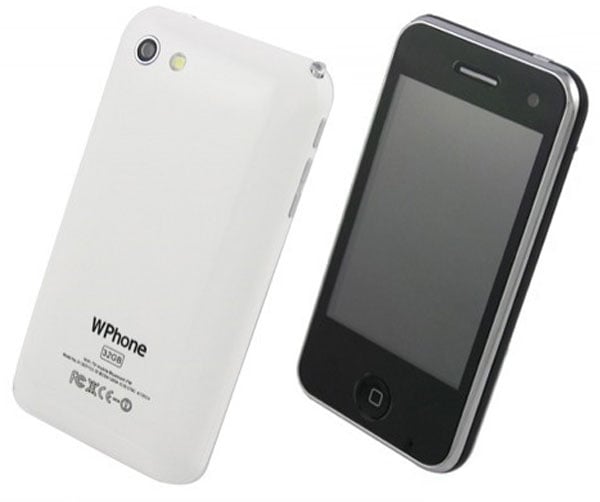 Sure, it’s a touchscreen phone and media player. And yeah, it’s got Bluetooth and WiFi support. But it’s also got a couple of tricks up its sleeve that even Apple’s latest wonderphone doesn’t have. There’s support for dual SIMs so you can switch between two providers. And since it’s a Quad-Band GSM phone, it’s guaranteed to work worldwide. And what was the last time an iPhone ran Java apps or browsed the web with Opera? And it even supports MMS messages out of the box! There’s also a little bonus on the back of phone – from the pictures it looks like there’s a flash next to the camera lens. Oh, and did I mention it’s got two cameras? Yep, there’s a crummy 0.3 megapixel one on the front for video chat, and a 1.3 megapixel one on the back for regular photos and videos. There’s even an analog TV tuner built in – which is the last thing I need these days. 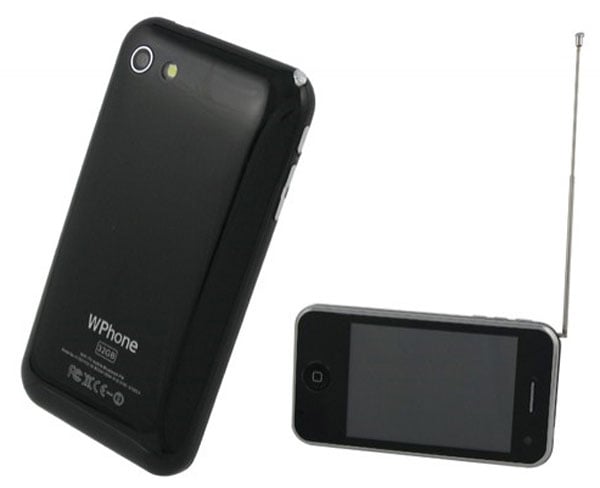 Of course, at just $159.99 (USD) for an unlocked phone, they had to skimp on a few features that you can only get if you buy the real deal. For instance, there’s no GPS, compass, or accelerometer. And I think the “32GB” on the back is just part of the phony factor. According to the specs, there’s no on-board storage, and it comes with a 2GB microSD (TransFlash) card for memory. Oh well, what do you expect you cheap bastard?

If you want to get your hands on a WPhone, head on over to Chinagrabber.

[via PMP Today via Ubergizmo]