There’s a common theme in gaming that seems to revolve around parties–intrepid bands of heroes who end up together on an epic quest to save the world, and maybe enjoy a delicious sandwich or something along the way. Trine, previously-PC, now available for PS3, actually explores a little of that party concept in this scrolling puzzling platformer. 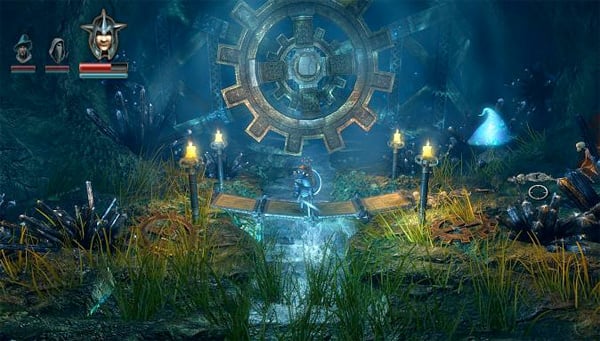 In Trine, a wizard, a thief, and a knight are stuck together fighting an army of undead. Throughout the game, the player can switch off between heroes, using their strengths to help traverse puzzles, platforms, and legions of, well, undead. Because the legions of the undead are always the bad guys.

Trine got such a good reception that the PC game is expanding; this week, it moves to the aforementioned PSN store–at least, in Europe–and Atlus is working on a version for the Xbox 360, so you’ll have a chance to wield your characters in a variety of ways if you are so inclined. Trine sports lush visuals and well-received gameplay, so it might be something worth looking into.