TRON is one of the most famous geek movies of all time, and what better way to pay homage to the film than with another geek favorite? Flickr user/blocksmith/80s baby (I suppose) 2×4 created these neat LEGO light cycles and even posted step-by-step instructions on his Flick page. 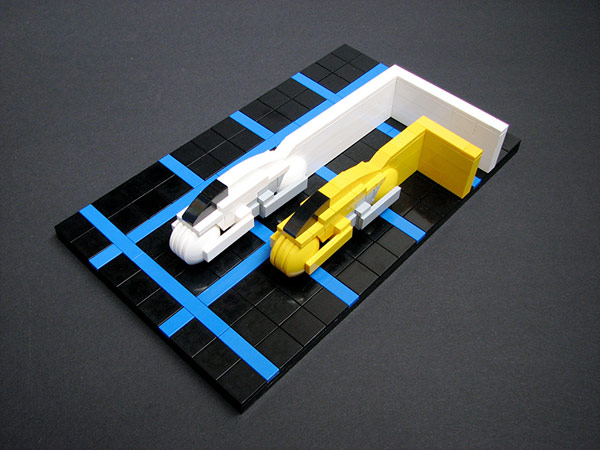 They’re not as fancy or as detailed as the other LEGO creations we’ve featured, but the movie light cycles were really simple to begin with so I guess 2×4’s approach is appropriate. 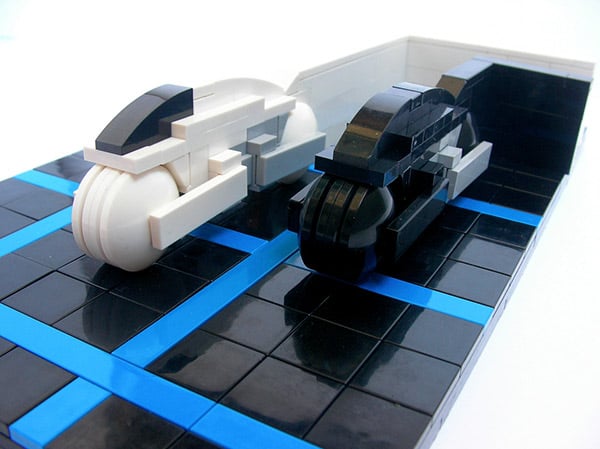 I’m curious though as to why 2×4 used blue tiles for the grid/path/road whatever instead of white like in the movie. Then again 2×4 didn’t make any blue, red or orange light cycles either. Here’s the famous light cycle race, for those of you who have never seen TRON (like me. Actually I might have seen it but I just don’t remember). Or if you’ve seen it a thousand times and just want to see it again. No one’s stopping you.

Check out the rest of the pics here. 2×4 should also make LEGO versions of the new chunky but sexy light cycles in the upcoming sequel and see which one looks cooler when LEGOfied.