The Cubes: You’Re Probably One of Them

Ah, the office life. Waking up early, wearing”business casual”, pretending to work for 8 hours, getting promoted to a different position but with the same duties and salary (from Domestic Purchasing Specialist to Local Marketing Officer. HELL YEAH. You’re really movin up the ladder sir. You really are.). Can you imagine doing that for 30 to 50 years? Oh you’re already doing it? Well so am I! What are the chances! Why don’t we honor our past, present and future with The Cubes, awesome figurines of office stereotypes?  Have a blast identifying which Cube you are! Then weep afterwards. 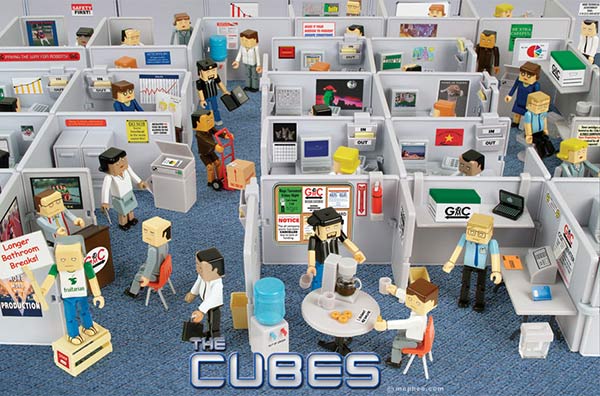 That’s Ted on the left, and that’s Bob on the right. Or is it the other way around? Who cares right? The Sensitivity Consultant, that’s who! 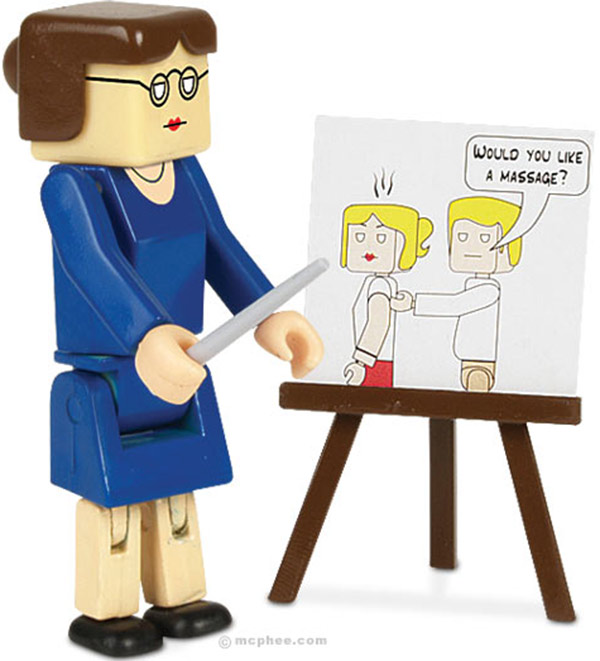 Some of you may be scoffing and smirking right now. I know, unlike the rest of us, you have actual responsibilities. You’re way smarter than the rest of us, and we really depend on you. We depend on you to unblock certain websites and allow our chat programs to go online. Thank you, I.T. Guy. No, I still don’t understand what you’re talking about. TV? Yeah I like Fringe! Awesome show man, also that other one where the island is alive and all, I don’t really understand it but – hey man where you going? 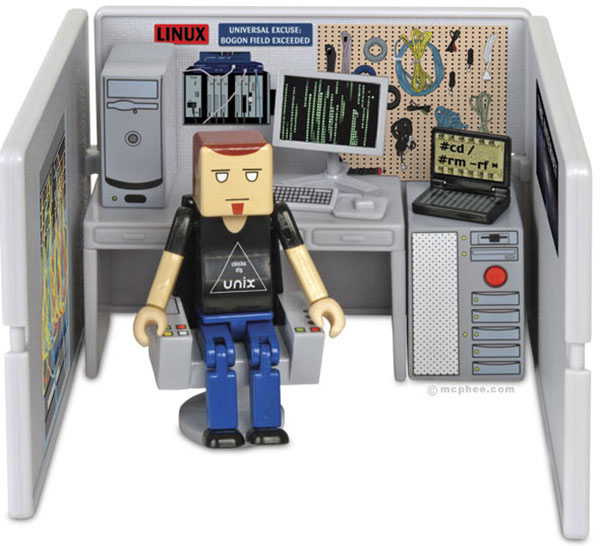 Found yourself yet? No? Tsk tsk tsk. You might be just like me then. You start out as this fresh, promising, hopeful probationary employee with below average wage and no benefits, but yeah, fresh and hopeful, and then as the days go by, ever so slowly, you find yourself shedding skin and brain cells. As soon as you step into your building you begin to feel your life force being drained out of you. Soon you’ll just find yourself shuffling papers, photocopying papers, typing memos up, having them signed, on and on and on and on and braaaaaaiiiiiiiiinsssss — 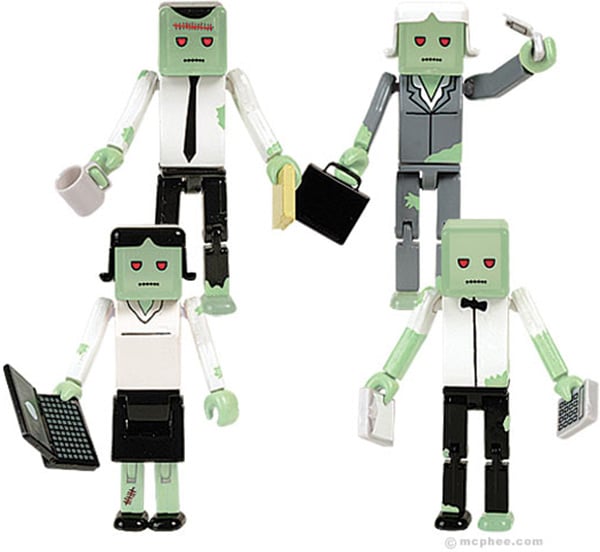 Hurrrrgghhh – oh yeah prices. The I.T. Guy, Bob and Ted sell for $13 (USD) each (cubicle included), the Sensitivity Consultant is a mere $5, and the glow in the dark Corporate Zombies sell for $13.50 for a set of four. You can find all of them at Archie McPhee, along with the other Cube characters. Now if you’ll excuse me, I have to go do important stuff. Like… eat my own brain and shit.