Load Your Shotguns: Zombie Apocalypse Descending on Xbla and Psn

Any good zombie apocalypse is all about survival, so a game that’s actually named Zombie Apocalypse isn’t likely to be about picking daisies. This week’s downloadable co-op experiences promises gore, guns, and most importantly, zombies. Loads of ’em, and all ripe for the slaughter. 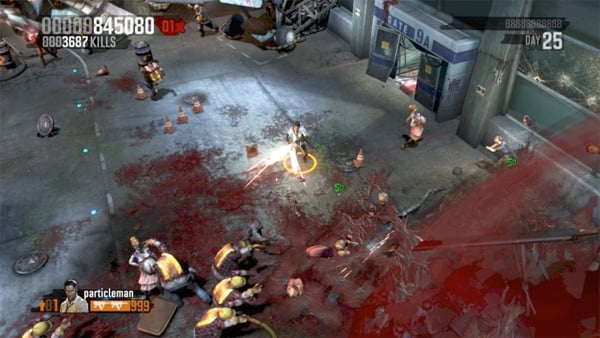 Things are simple here. You’ve got four characters (why does that seem so familiar?), ten different weapons, and a life that lasts only so long as you can preserve it. That means killing a lot of zombies, but really, what else are you going to do in the middle of an apocalypse–knit?

Zombie Apocalypse will be available this week for about ten bucks, or whatever the equivalent price is in irritating game-console-currency.