If you’re one of the folks not convinced by the necessity of Left 4 Dead 2 when there’s a perfectly good Left 4 Dead game already around, released just last year, then next month’s demo may help you ruminate further on the possibilities of zombie-hunting in New Orleans. 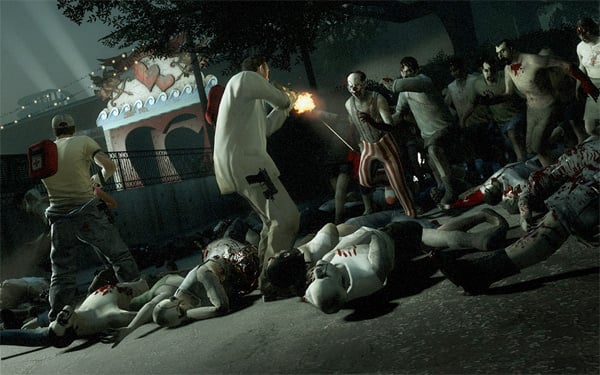 The demo, available October 27 (just in time for the game’s November release) will feature not only the game’s new melee weapons, but of course, multiplayer action, because everyone knows it’s no fun much less fun to hunt zombies alone. More dangerous, too.

I may have already pre-ordered the sequel, but you can bet I’ll be getting in on some demo action. I’m dying to know whether or not the big guy hates vans (and everything else).