I’m not sure why this R2-D2 has 8 video game consoles built into its innards, but I still like it. Maybe it’s just the very fact that I’ve never seen an R2 unit with more than 20 game controllers connected to its front, or maybe it’s just the sheer absurdity of the thing that has me captivated. Either way, I bet you can’t say you have one of these in your media room. 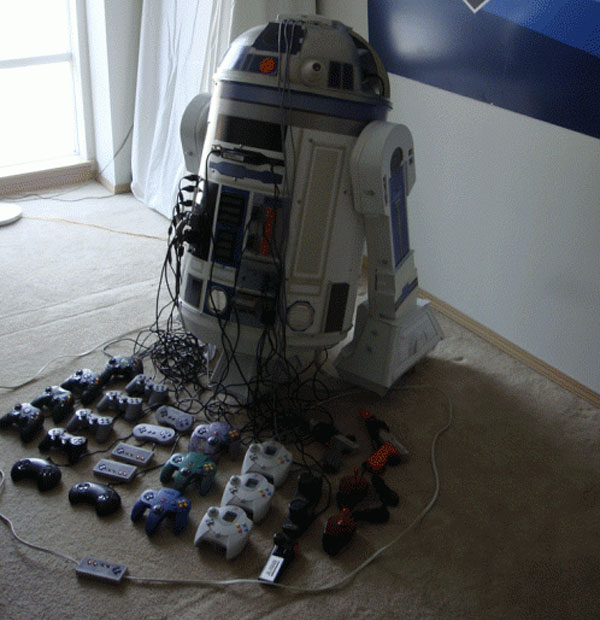 While there aren’t many details about the heritage of this mod, what we can see from the picture is that the little droid is loaded up with a Dreamcast, an Xbox, an N64, an Atari 2600, a SEGA Saturn, an NES, an SNES and a PlayStation. It’s also got a projector and sound system built-in for good measure. 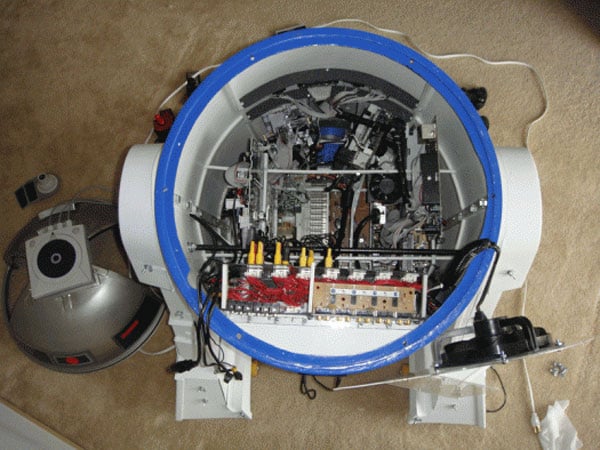 Though R2-D2 may have been designed as a utility droid, I think he’s finally found his real purpose – gaming droid.