According to the list of Autobots at Wikipedia there are at least 8 Autobots that transform into vans or SUVs, including the popular ambulance Ratchet and the gutsy Ironhide. Unfortunately 0 out of those 8 Autobots are real (I think). This custom-built 750 lb.RC van – called Wicked Evolution Jr – on the other hand is very real and could pass off as a Mini-Con. Its robot mode however, is… well… see for yourself: 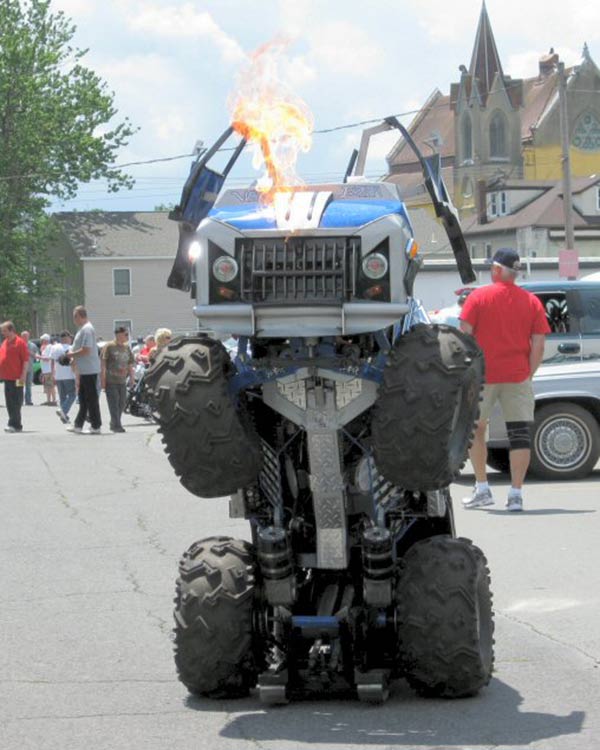 So yeah, it basically sits on its ass, spreads its doors in a weird way and then breathes fire. It’s not much of a transformation, but its just so chunky that the fact that it can even sit up like that is a feat in itself. Plus there’s the fire-breathing bit. Here’s the van in vehicle mode: 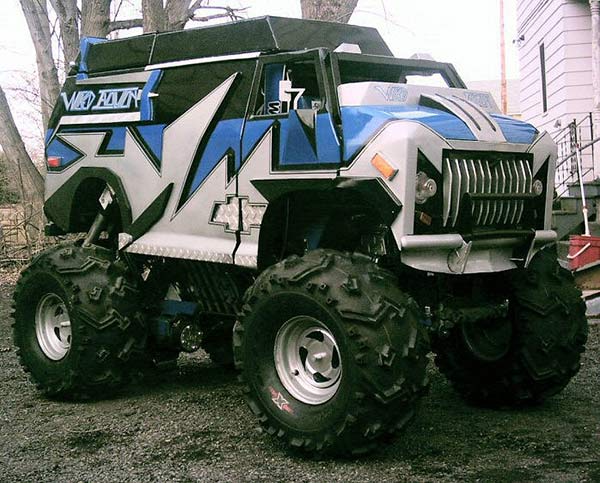 Man, that grill is fierce. It’s not that obvious from the pics, but when Wicked Evolution Jr does a wheelie “transforms” via hydraulics and actuators, so it’s not actually as simple as it looks. Here’s the van in action:

You can actually rent the big little fella for your parties and events, just contact its creator, Skylar, at (570)820-5327 (US number) for more details. Check out Skylar’s website for more pics and info, including the making of the RC van (Skylar’s sketch was real close to the final version), as well as Wicked Evolution Jr’s big daddy, Wicked Evolution, an ambulance-turned-show car.