Dead Rising had some pretty ridiculous moments, certainly, though they tended to be sandwiched between runs to the bathroom and epic chainsawing sessions filled with flying limbs. For the sequel, it looks like Capcom is taking the craziness a few steps further. We’ve already seen the Vegas-like city and the giant hamster balls of death… and now? An absolutely silly trailer from Tokyo. 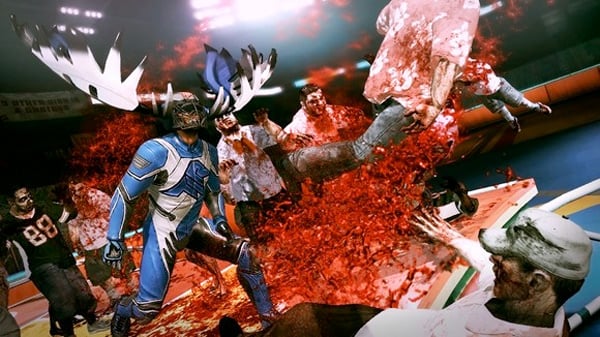 That looks pretty crazy, right? Nothing like a fountain of zombie blood for the best splash effects. But that’s nothing compared to this video.

I’m not sure if I’m supposed to be pumped, impressed, or simply shaking my head. I’ll tell you this, though–I see zombies, and that means this one can’t come fast enough.