As far as hacks and mods go, retrofitting a decommissioned hand grenade with mp3 playing guts is on the top of the clever and creative list. But as far as real world application is concerned? Well, I wouldn’t be whipping this thing out at work anytime soon. Or school. And definitely not on the train. 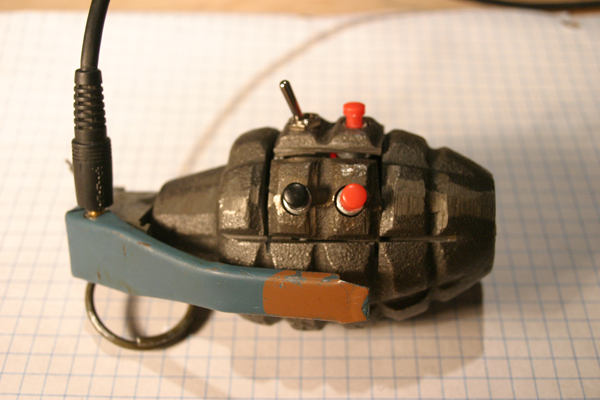 The mp3 grenade is Matt from NYC Resistor’s baby, as well as his childhood dream – or so he claims. I really can’t imagine grenade + music = smiley face entered his head as a child. 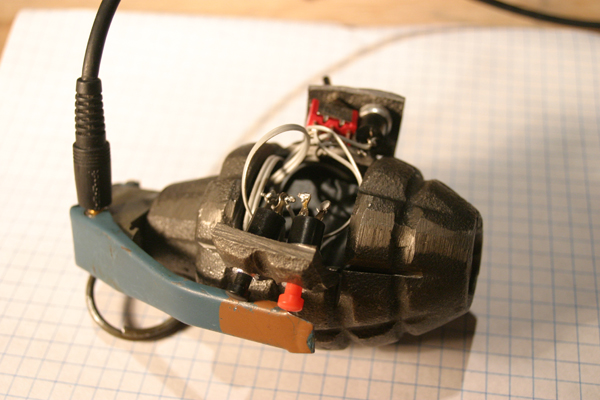 Wherever or whenever the idea came from, Matt really did bring it to life – but not before giving his workmates a scare after forgetting to mention a box of hand grenades would be arriving at their office. After clearing things up, Matt got to work. First, he fitted the grenade’s pinhole with a 1/8-inch jack. Then, after hacksawing the body open, he replaced its grenadey guts with a Sansa 2GB mp3 player, which apparently called for “a session of intense soldering onto very tiny soldering points.”