The iPhone app store is loaded up with tens of thousands of apps ranging from video games, to GPS software to fart apps. But here’s an application that can actually change lives. Proloquo2Go is an amazing iPhone and iPod Touch app that helps people with speech impairments communicate wherever they go. 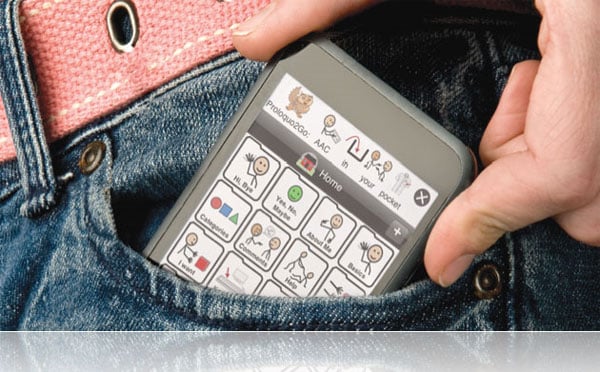 Created by AssistiveWare, Proloquo2Go provides users who have difficulties speaking with a mobile text-to-speech system (known as an augmentative and alternative communication, or AAC solution) which allows individuals to quickly verbalize thoughts by pressing on icons on the iPhone’s touchscreen. The system is loaded with a vocabulary of over 7000 words and phrases, and provides an easy-to-use visual interface for finding words. 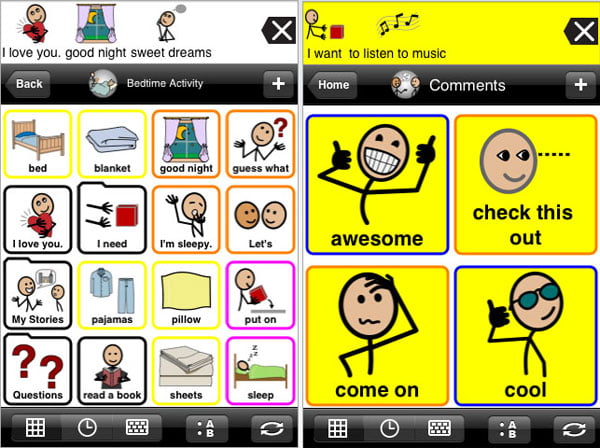 Proloquo2go features a human-sounding text-to-speech (TTS) engine which provides North American male, female, boy and girl voices. You can also download an update which allows these voices to be swapped out for British ones. There’s also a simple TTS typing interface if you want (and are able) to type words. You can even retrieve recently used phrases at any time and play them back without having to recreate them over and over again. This is a really thoughtful touch.

While many of you might think $189.99 (USD) is a lot to pay for an app, I can only imagine what a bargain that might seem like if I had difficulty speaking. Especially knowing that traditional AAC devices cost thousands of dollars and are a huge pain to lug around. It’s nice to know that our fun and disposable gadgets can occasionally serve a meaningful purpose. Kudos to AssistiveWare for making a difference.

You can find Proloquo2Go on the iTunes App Store.