If you’ve ever wondered how Ryu and the rest of the warriors who like to battle on thoroughfares would look like if they were transported to Megaman’s original 8-bit world, you probably have too much time on your hands. Waste no more of your life, because Capcom forum member SpeedBrkr – he’s so fast some of the vowels in his name were left behind – has gone and done did it for your daydreaming ass. Behold, the cast of Street Fighter IV in 8-bit, Megaman style. Or Rockman style. 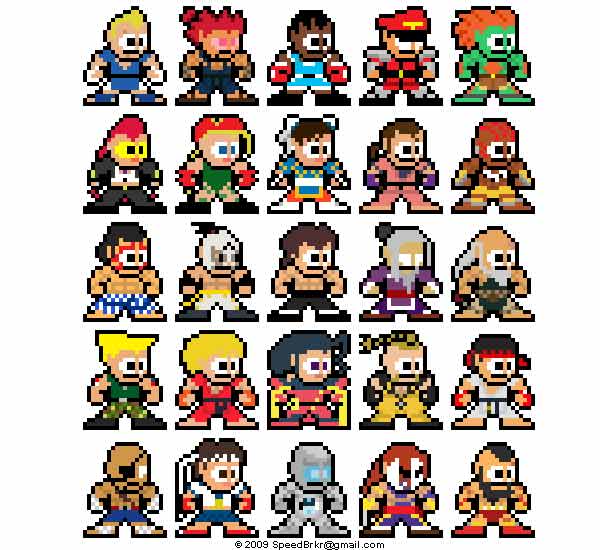 He’s also made a wallpaper in various resolutions, including an iPhone-ready version, made to look like a character select screen. You think the Blue Bomber can beat all of these fighters? 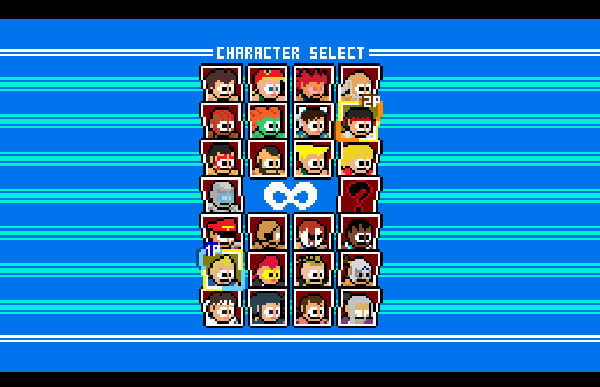 Damn those eyes are huge. Want individual sprites? SpeedBrkr’s got you covered. He’s not charging us for his awesome work, but if you’re going to use them on your site or anything please let him know.