Ric-Rolled: Mascots to Soon be Replaced With Robots

If you thought that the derelicts they have walking around city streets donning smelly mascot costumes and trying to hand you flyers for hot dogs and prepaid cell phone cards weren’t creepy enough, have I got something for you! Pretty soon, those guys will be replaced by robots. 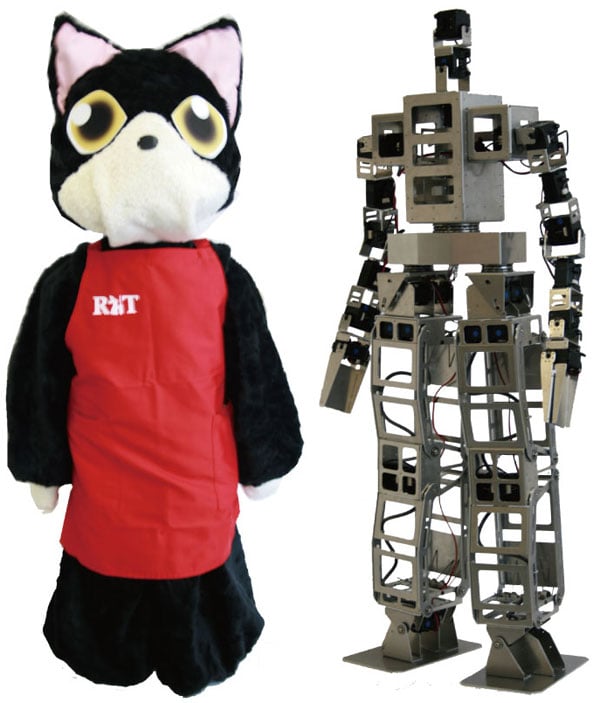 Thanks to the brilliant devious minds of Japan’s RT Corporation, this new robot known as RIC (Robot Inside Character) will soon be wandering the streets and aisles at trade shows, terrorizing children and old people to the point that they really will need to buy some Robot Insurance.

RIC might look cute and cuddly on the surface, but under its skin, it’s something that Sarah Connor would want to crush under an industrial press until the lights go out in its eyeballs. The good news is that you could probably overpower the thing if it ever ran amok. Thankfully, it only stands about 4 feet tall, and weighs about 15 pounds. It’s controlled by 20 Futaba servo motors and can be upgraded to as many as 30, based on the specific use case (and how many weapons you plan to attach).