Ora Concept Watch: Like a Tape Measure Went Crazy on Your Wrist

This insane-looking contraption isn’t some sort of strange measuring device. Nope, what you’re looking at is a design for one of the most unusual looking watches to hit the pages of Technabob in a long while. At least you can actually tell the time on this one. 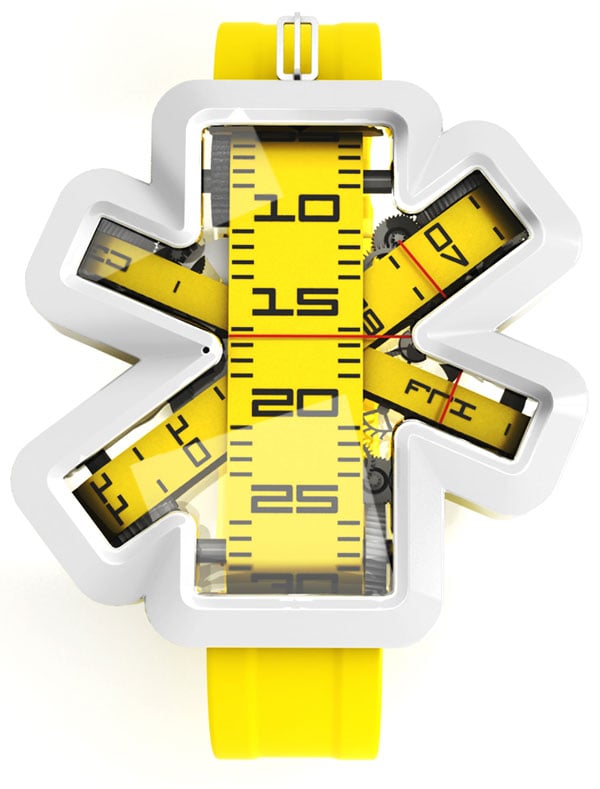 The Ora watch tells time on a series of three crisscrossed analog time strips. The top strip tells time in minutes, overlapping a smaller band with the hours, and a narrow third belt with the current day of the week. 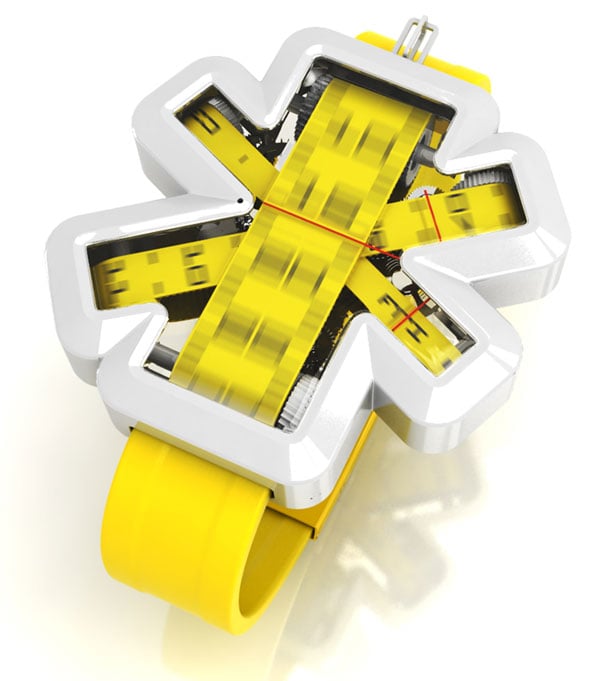 The mechanism requires an intricate and complicated set of motorized gears pull each band into the correct postion as the time changes.

Designed by Alexandros Stasinopoulos, the Ora is merely in the conceptual stages at this point, so you won’t be able to stop by your local watch shop and buy one of these any time soon.

So it’s all really cool except for the fact that it doesn’t actually exist.

[via designboom via dustbowl]