The Weirdest Cameras You Will Ever See: the Art of Wayne Martin Belger

It’s Strange & Wonderful Wednesday, and as I was perusing the offerings of the Internet I came upon Gerard Vlemmings’ – aka The Presurfer – link to an article on blogbits about weird cameras. They were weird alright: there was an 18-carat gold plated Pentax LX and even a pistol-shaped camera. But the article promised that the last ones on the list would leave me stunned. And man was I stu-freakin-nned. The last cameras on the list were made by American artist Wayne Martin Belger. The aesthetics of the cameras are no doubt unique, but what cranks up the weird to 11 are the materials that they’re made of. So what were those cameras? See for yourself: 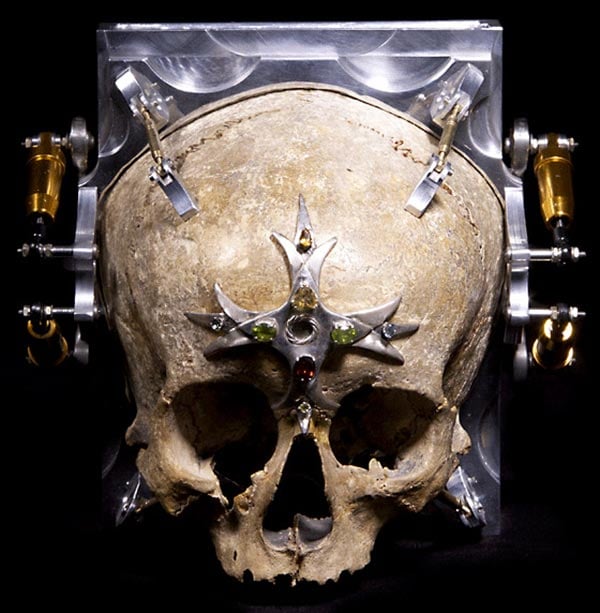 That’s the Third Eye camera. Belger says that he made it “to study the beauty of decay.” It’s made of Aluminium, Titanium, Brass, Silver, and gem stones. And a 150 year old skull of a 13 year old girl. 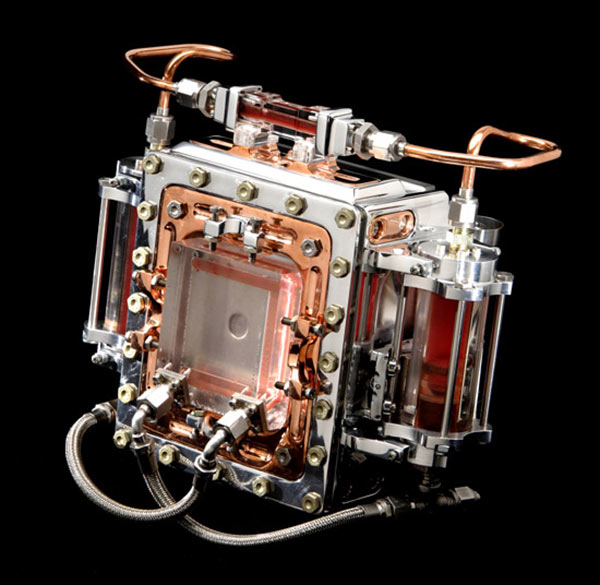 Next up we have the Untouchable. Belger used it to take pictures of people suffering from HIV. Like the Third Eye, the Untouchable is made of several metals, plus HIV positive blood. The uh, blood serves as his red filter. Can’t make this stuff up. 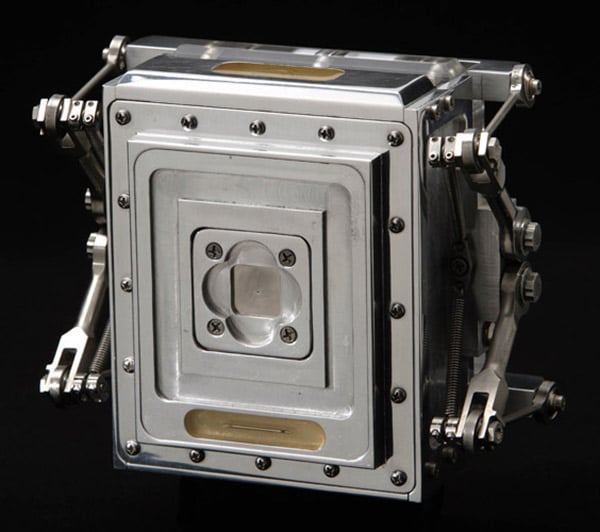 The last camera that I’m sharing with you isn’t on the blogbits list; it’s called the Heart. Belger says that he designed it to take pictures of pregnant women who are at least 8 months pregnant, as well as to study his “relationship” with his twin brother, who unfortunately died at birth. So of course the camera is made of Aluminium, Titanium, Acrylic, Formaldehyde and an infant human heart. 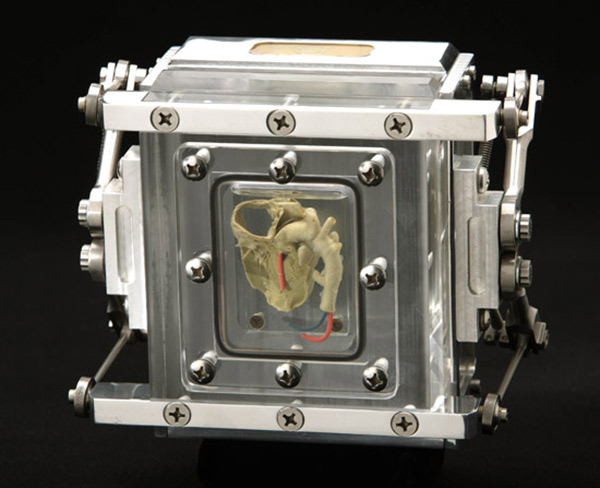 Those of you who know their Photography may have deduced from the pictures that Belger’s creations are all pinhole cameras. Belger says that he prefers pinhole photography because of the unadulterated interaction between the camera and the subject. He designs his cameras with this same goal in mind, of wanting to study and relate to his subject.

Check out Belger’s site for more of his wonderfully weird artwork, along with sample photographs taken using each camera; read Belger’s statement regarding his work if you want to get a better grasp of his art. Me, I think I’m going to have to watch SpongeBob or something, or I might have trouble sleeping.