Apocalypse Wow is That a Fallout 3 Laser Rifle?

In Fallout 3, the AER9 Laser Rifle is a military-grade energy weapon commonly used by Brotherhood of Steel and Enclave troops. 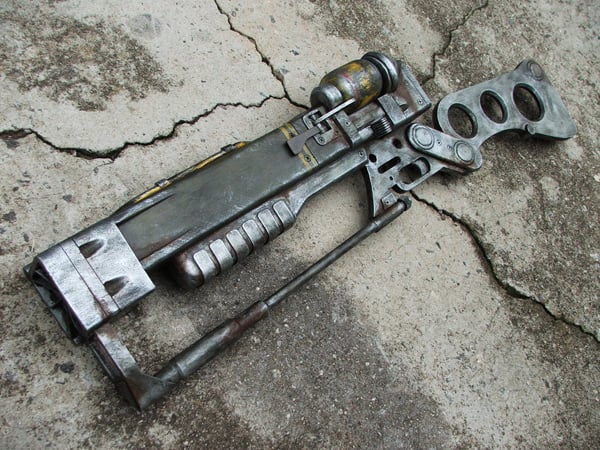 In real life, the AER9 Laser Rifle is a whole mess of wood cobbled together ingeniously by Volpin Props’ Harrison Krix, who was commissioned to build the replica by a close friend looking to attend some convention dressed as the Vault Dweller/Lone Wanderer. 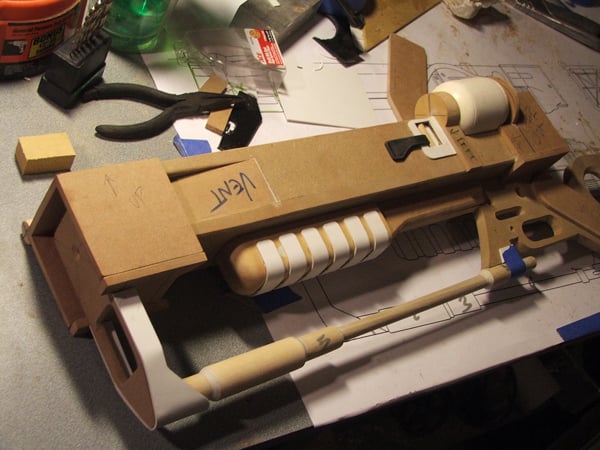 Krix is no stranger to video game props. He constructed that stellar Portal Gun replica, as well as a replica of the Little Sister ADAM Syringes from BioShock. Even for a “hurried errand,” the illusion of time-ravaged metal and wires you see pictured is the result of more time and work than I’ve put into anything outside of Xenogears. According to Krix, he spent roughly 30 hours of build time on this thing, which called for enough bandsaw cutting and clamp . . . clamping to give me flashbacks of helping my father build and rebuild every room in our house. 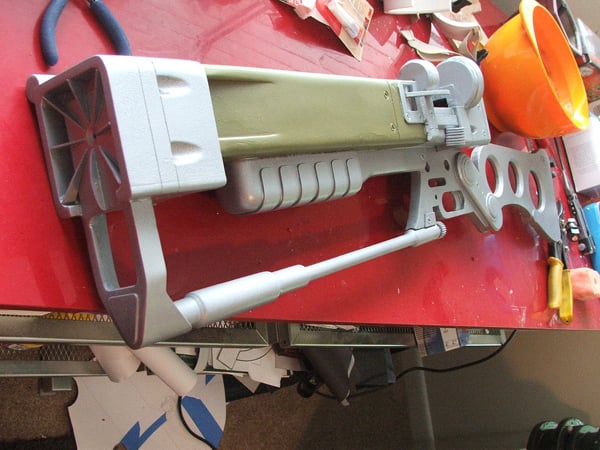 Too bad nothing we ever built turned out half as cool as a frickin’ laser rifle. If I wore hats, Harrison, I would tip mine to you. Instead, I’ll go pour a rum & coke and drink it in celebration of your cool work.