Just about the only thing good about the recent Transformers movie are the new versions of our beloved Autobots and Decepticons. Although I’m sure some of you will say that even the new designs suck. Also the movie changes POVs and angles every nanosecond so we hardly got to appreciate the designs anyway. Stupid cinematography. Aaaaaanyway. Hasbro would be stupid not to milk the new designs and turn them into toys right? So they went and made toy versions of the Transformers, one of them of course being the great Autobot leader, Optimus Prime. 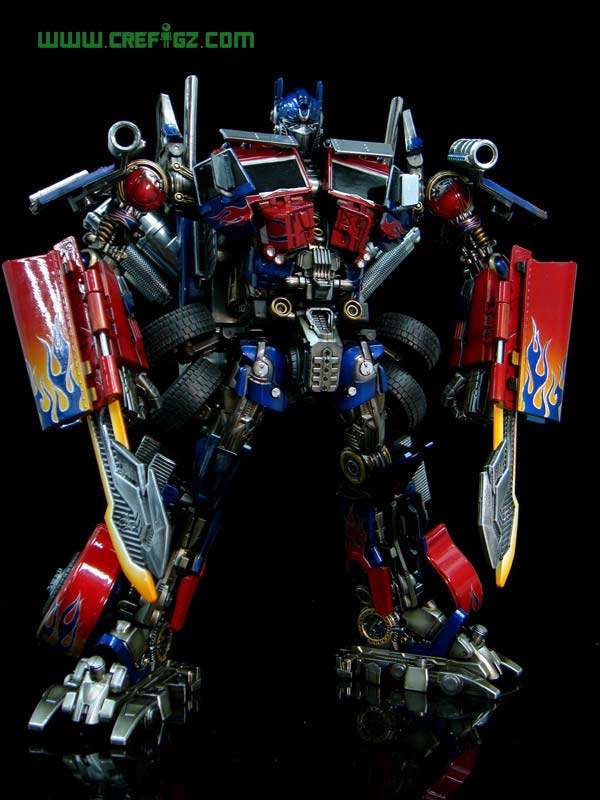 The toy isn’t too expensive at $45 (USD), but it’s..well it looks like a toy, not a badass truck robot with ninja moves and a deep deep voice. Fortunately, you don’t have to settle for the vanilla Prime. Professional customizer Crefigz (short for creative figz) modified the hell out of the Hasbro version to make it look more like the movie version of Optimus Prime and posted it at Figure.fm. Unfortunately I had to convert the pics to a lower resolution to fit here, but even still you’d have to be blind to not be able to see the detail and the bling on Crefigz’ work. To emphasize how much work he did – and the quality of his customization – let’s look at the vanilla Prime: 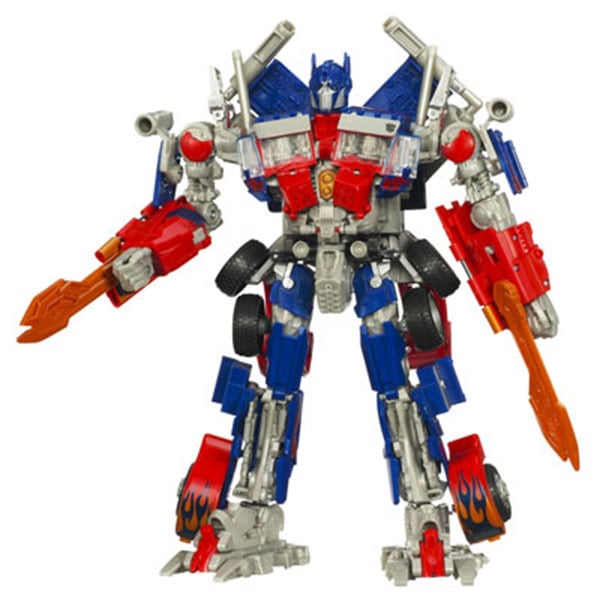 No match. Crefigz’ Prime can beat vanilla Prime just by showing up on the battlefield. As you can see the toy was completely repainted and chromed-out, so that the finished product actually looks like a miniature Optimus Prime, made of metal and red flames and awesome. Let’s compare the vehicle modes: 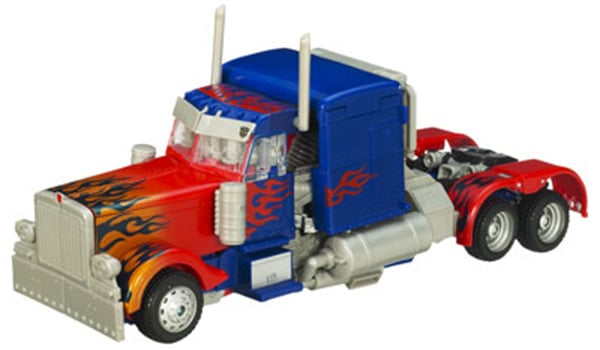 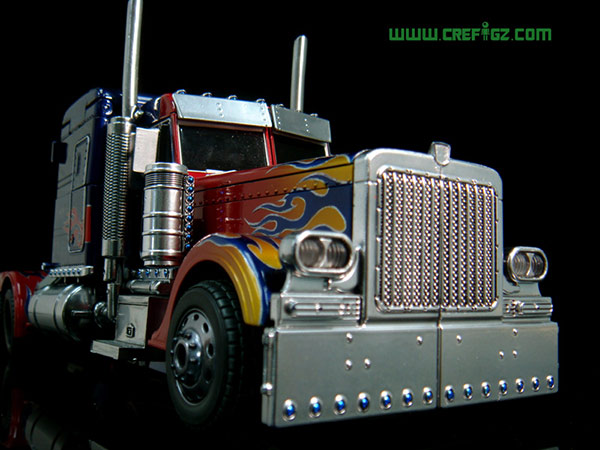 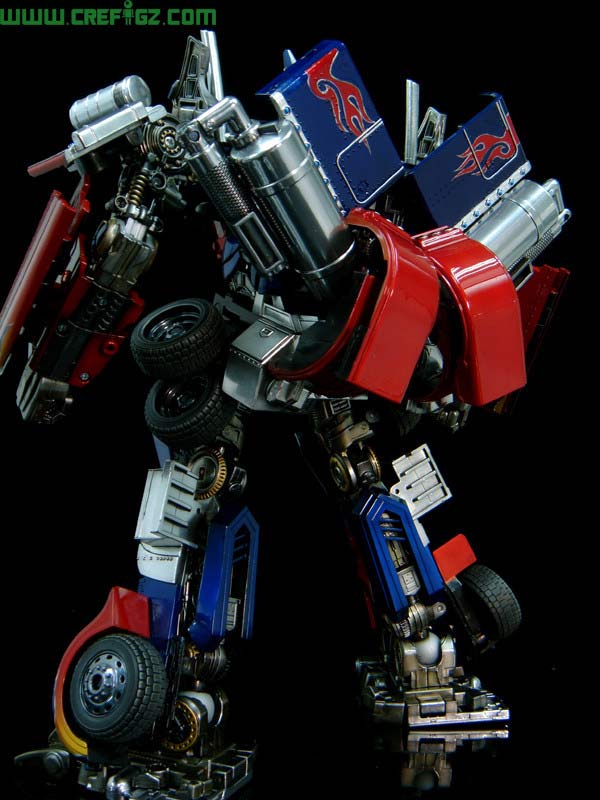 Aside from the chrome and the awesome paint job – by the way the flames are not decals, they’re painted on as well – Crefigz also did the following: “Added ball joint in neck in order to get more articulation,  modded hand from TFTM 07 Leader Class Optimus Prime, modded blaster from TFTM 07 Leader Class Optimus Prime and added custom side mirror to get a more accurate detail level.” 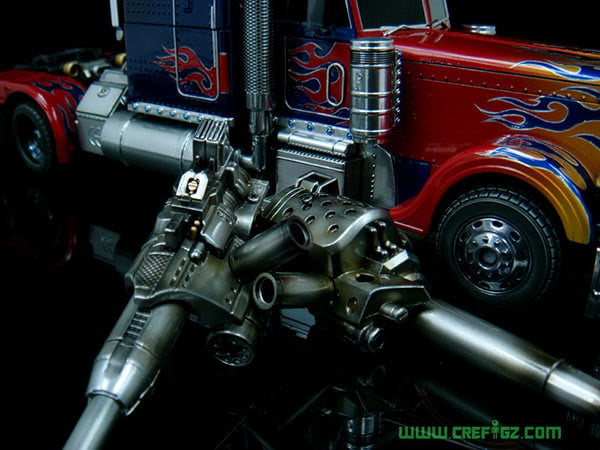 Here are a couple of close-ups on Crefigz Prime’s weapons and chest, just to show you the amount of work that went in to this mod. 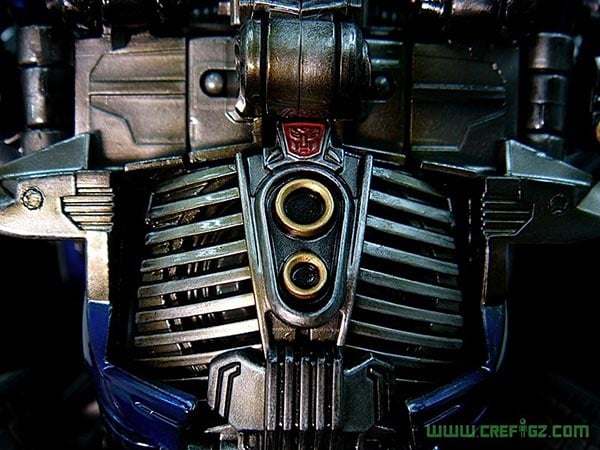 I really love how the toy looks like it’s made of metal. Crefigz is selling this mod on eBay; bid starts at $710. Yeah it’s a ridiculous price for a toy, but it’s a ridiculously well-done mod as well. In fact, there are already 16 bidders for Crefigz Prime as of this writing. Check out Crefigz’ Flickr page for high-quality pics of Crefigz Prime and an ark-load of other unbelievable customized Transformers toys. Check out Crefigz’ blog if you want to hire him to customize a toy.