Dysentery on the Dsi

At last! The Oregon Trail, the pinnacle of depression in gaming (or should that be the nadir?) will be available on DSiWare. Just in case,  you know, you couldn’t already play it on seven or eight other devices in  your home, like your computer, iPhone, or toaster. 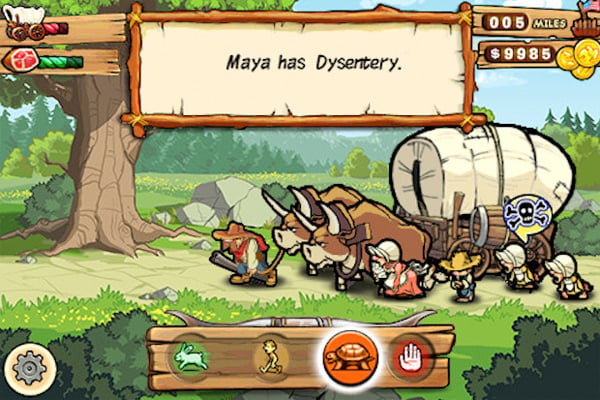 If you’re one of the thirteen people in the world not familiar with The Oregon Trail, here’s the quick version: it’s a game in which you’re probably gonna die, and if not you, then someone, and it will likely be from dysentery. Or maybe, I dunno, bears. The game was originally designed to teach schoolchildren about the horrors of pioneer life and travel. Somehow, I’m not quite as horrified when this cheerful interface is involved, though I’m sure it adds to the hilarity of death and berry-picking.

I must say, I prefer the old school interface. 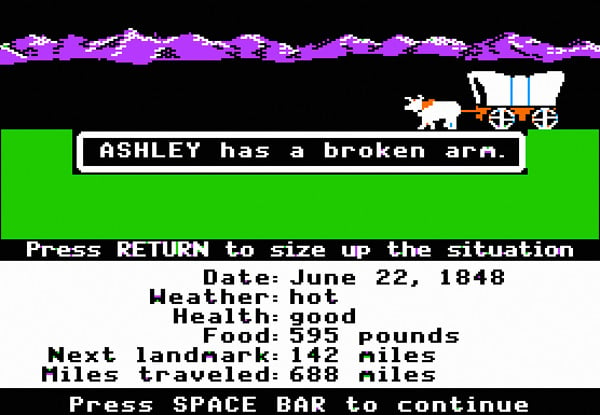 Classic. This fancy new version will apparently be a port of Gameloft’s mobile version of the title.