This offbeat watch design is merely a concept at this point, but I actually kind of like the idea. The Alessi Laser Shot watch is supposed to project the current time on your wrist using (frickin’) laser beams. 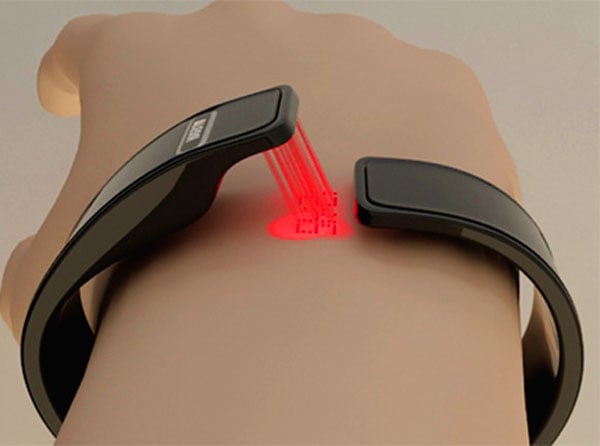 Designer Andy Kurovets envisioned this über-modern watch concept that uses a modulated laser scanner to projects the time onto the surface of your wrist. And he promises it won’t give you skin cancer. At least that’s what I heard – somewhere. 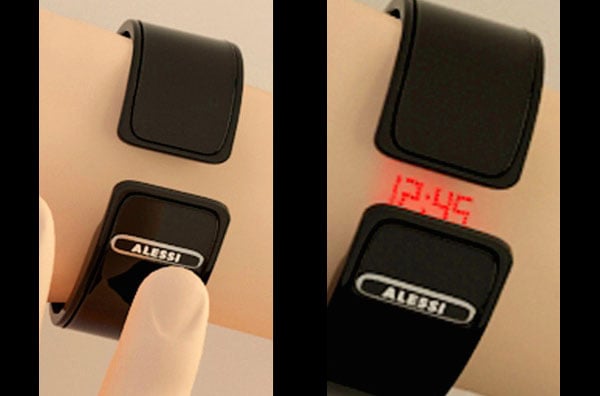 The design features a unique broken “o”-ring band that is slightly elevated from your wrist in order to provide sufficient projection throw distance. 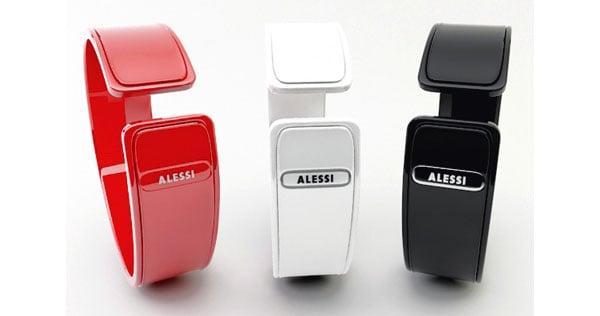 Cool, no? Unfortunately, the design is only conceptual at this point, so if Alessi happens to be reading this blog – make these. People will buy them… so long as the laser doesn’t set your skin on fire.

[via Yanko Design via Ubergizmo]