For digital musicians who have longed for a performance controller for Ableton Live, you’ll be totally stoked to check out this cool new control pod that lets you interact with Ableton Live in real time. 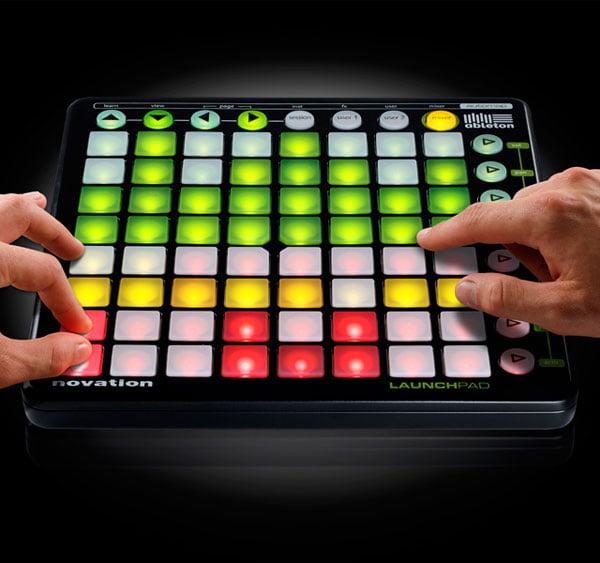 Designed as a collaboration between Ableton and Novation, the new Launchpad is a dedicated controller that offers a 64-button grid of backlit buttons which can be used to create and display music sequences using the same sort of interactive interface you might find in a Monome or a Tenori-On. 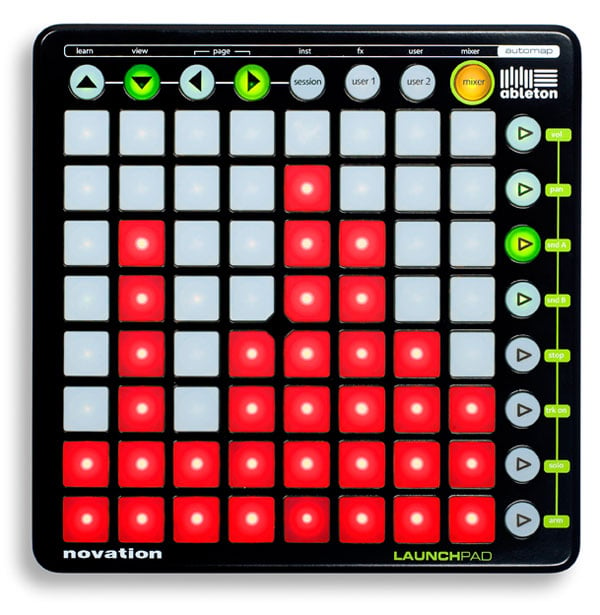 What I really love about the Launchpad is its easy-to-understand layout, along with bright, colorfully-lit LED control buttons to make it perfect for either a studio or live performance setting. It’s also nice and portable, measuring in at just 9.4″ x 9.4″ and less than an inch thick. 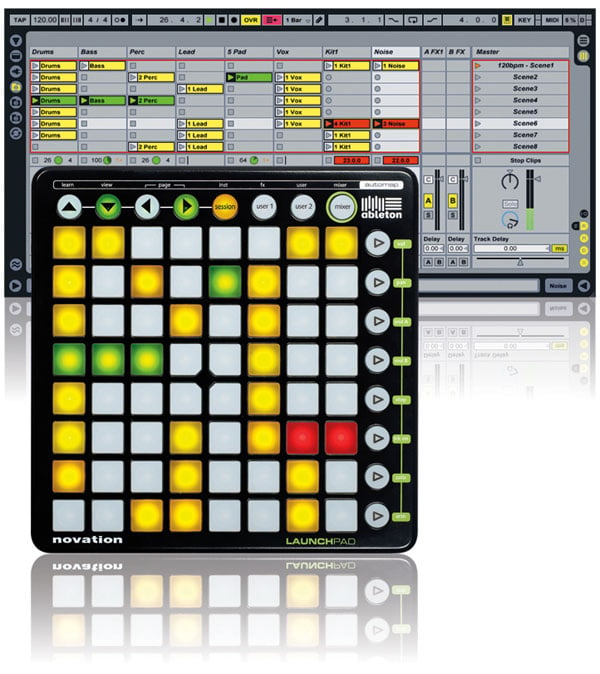 The portable controller lets you easily launch musical “scenes” which are basically groups of presets within Ableton. Each light on the interface of the Launchpad provides an indication of the status of that particular track. Orange means a sound is loaded, green means a sound is playing, and red means sounds being recorded. And the compact Launchpad can be switched between modes that either control audio clips, or act as a virtual mixing board too.

As an added bonus, you can string up to six Launchpads together and use them with a single computer for over 400 assignable control buttons. Sweet! And if you don’t already have Ableton Live, that’s okay, the Launchpad ships with a special version of Ableton Live 8, tailored for Launchpad users. Sure it’s a bit stripped down from the full version, but still a great way for budding electronic musicians and DJs to get into the scene.

Expect the Launchpad to hit stores in early November, with a retail price of just $199 (USD) / $149 (EUR). For more information, head on over to Novation’s Launchpad page.