Musicskins: Loud Designs for Your Gadgets

One of the reasons why Nokia’s cellphones became so popular here in the Philippines was the fact that most of their earlier models had cases that were easy to remove and swap, providing a bit of customization. Now gadgets mostly come in black, gray or white, and even if there are still devices that have a variety of colors or designs like the PSP, their cases aren’t easy to remove.  Hence the popularity of skins. MusicSkins is one of the myriad of brands of gadget skins out there, and as their name implies, it mostly features artists and album art. 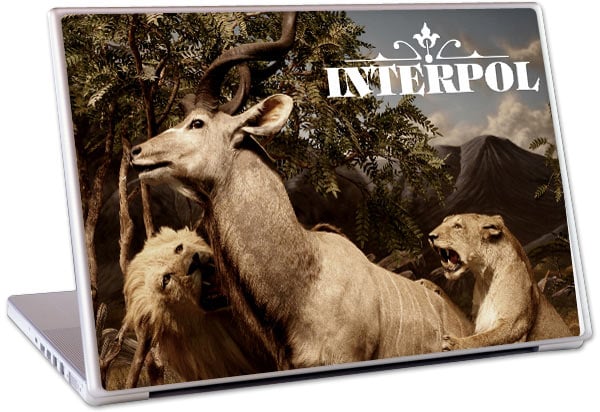 MusicSkins doesn’t have that many designs, and some of them don’t look so hot – to me at least – but the good thing about MusicSkin is that they don’t just make skins for laptops, gaming devices and iPods. The Interpol skin featured above for example  – $30 (USD) for the 17″ laptop version – has a ton of other versions, like for Sansa Disks, Blackberries and even Seagate’s FreeAgent Go external hard drive.

As I said, the selection isn’t that varied; I’m also curious as to how the company decides which artists to feature, because their selection is a bit odd. But there are gems in there, like the Sex Pistols skin featured above ($20 USD for the Nintendo DS lite version), as well as non-music related – but still decent – designs, like the explodingdog design you see below ($20 for the PSP Slim version). 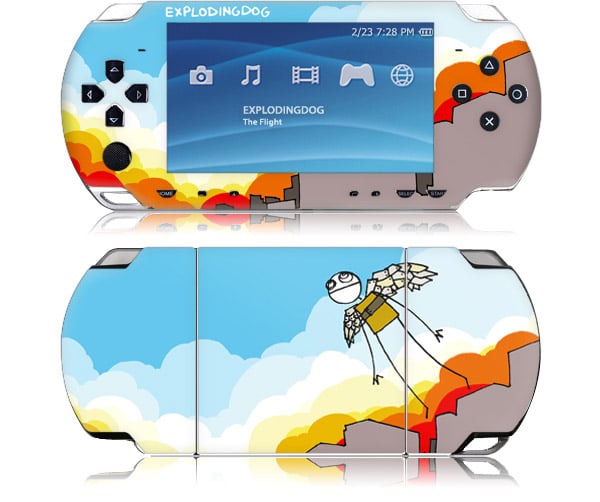 And if you think that all of MusicSkins’ offerings suck, you can upload your own images and design your own skin. I think I’ll make me a Three Wolf Moon skin for my Macbook.