When I think steampunk, I must say that my mind does not then go immediately to Star Wars. But it’s a rule of the Internet that if two things exist, they must be put together. Hence, the steampunk R2-D2. 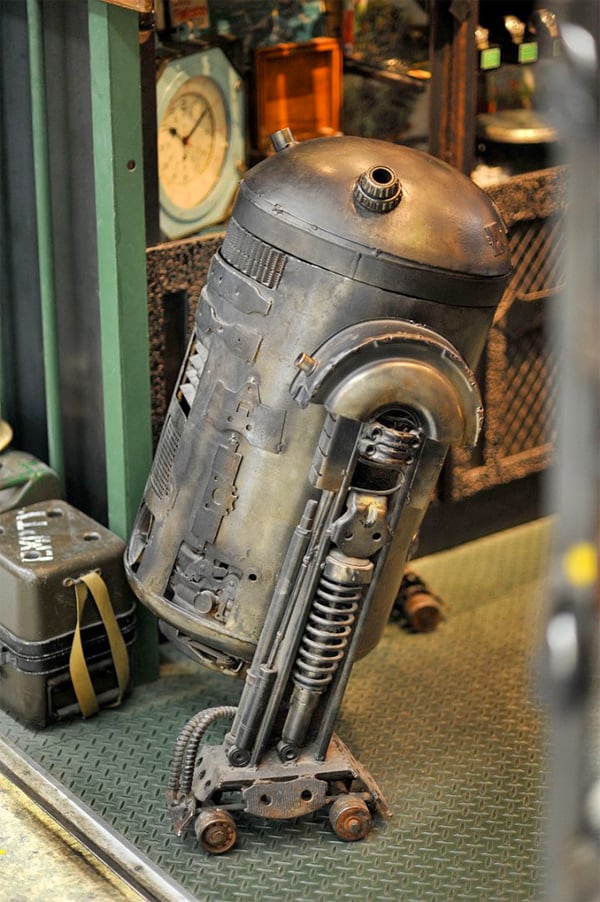 I can’t say it doesn’t make sense, because if I were to build a steampunk robot, he might end up looking a bit like C-3P0. However, I can’t quite shake the feeling that this R2 isn’t steampunk. Really, he was just buried for a while in the sands of Tatooine and just needs a good scrubbing. Then again, the two aren’t mutually exclusive. That dust had to come from somewhere.