When is a computer not a computer? Maybe when it’s a car. What you’re looking at here is a series of desktop computers modeled after the Dodge Charger SRT8. Why make a computer that looks like a car? You could just as easily ask “why not?” 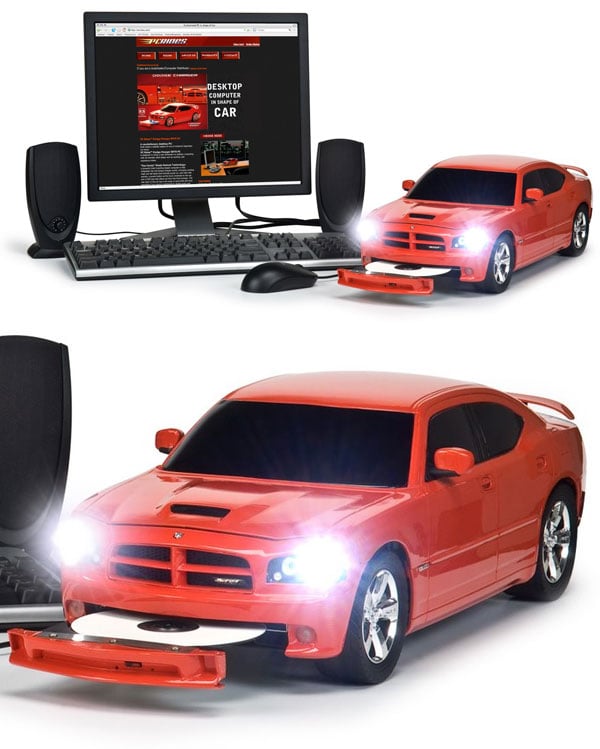 The PCRides Dodge Charger SRT8 PC is an officially-licensed scale replica of Chrysler’s beefy muscle car. Each one features a complete small form factor PC running on an Intel Core 2 Duo processor under the hood -literally. The DVD player ejects from the front bumper of the car, and all of the ports are located in the rear bumper area. 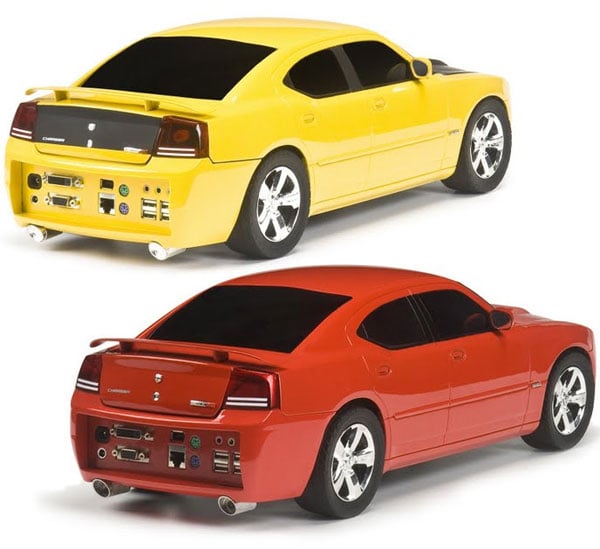 In addition to performing computing tasks the PC has light up headlights and brake lights, which is exactly what I expect from a PC. According to PCRides, the computer is supposed to be available in a variety of delicious and bold colors with macho names like Hemi Orange, Detonator Yellow, Brilliant Black, Bright Silver, Deep Water Blue, B5 Blue, Plum Crazy, and Tor Red. Ok, Plum Crazy isn’t that masculine.

Alas and alack, the guys at PCRides announced these at the end of last year, and seem to have left us with a website with the dreaded “under construction” sign, so it’s not clear if they ever got these to market. Perhaps it was the exorbitant pricing, which ranges from $1850 to $2495 (USD) that kept them from hitting stores. Or maybe it was the auto industry meltdown. For now, you’ll have to admire these from afar. Or just buy a real Charger SRT8.