Nope, this portable gaming system is most definitely not a PSP Go. What you’re looking at here is a cheap Chinese handheld known as the PXP-2000. 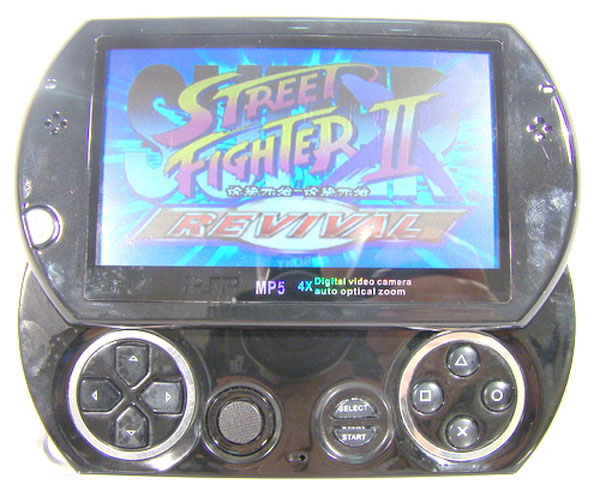 While the PXP-2000 won’t play any of your PSP games, it will play classic games from the NES, Famicom, Game Boy, Game Boy Color, Super Famicom/SNES, and SEGA Megadrive/Genesis consoles. It features a nice oversize 4.3″ LCD screen and a slide-out controller just like the PSP Go that it mimics. 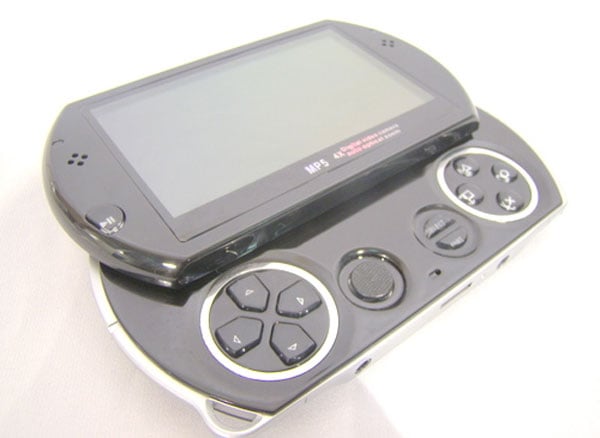 In addition to playing all of those retro 8-, 16- and 32-bit games from your childhood, the PXP-2000 is a media player that can crank out your music and videos too. It can play MP3, WMA, WAV, APE, FLAC, RM-Audio, AMR, AAC+ audio formats. For video, it can handle AVI videos, but comes with transcoding software for RM, RMVB, AVI, WMV, ASF, MPG, MPEG, MPE, MP4, DAT, MOV, DAT, and even the elusive, but non-existent MP5 format (it’s really just Real Media Variable Bitrate format). 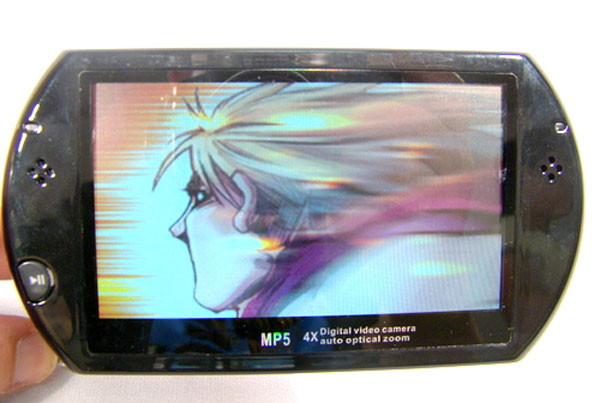 If you’re too cheap to drop $249 on a proper PSP Go, and you really just want to play retro games anyhow, head on over to Chinagrabber and plunk down your $83.99 (USD).