The television display size war is officially over. Mitsubishi showed off a 155-inch OLED display at the Combined Exhibition of Advanced Technologies (CEATEC) 2009 in Japan. If you’re going “155-inches! ZOMG” right now, then you’ll probably die of excitement when I tell you that the display is infinitely expandable. As in you could create a display that’s literally as large as a city. BAM! 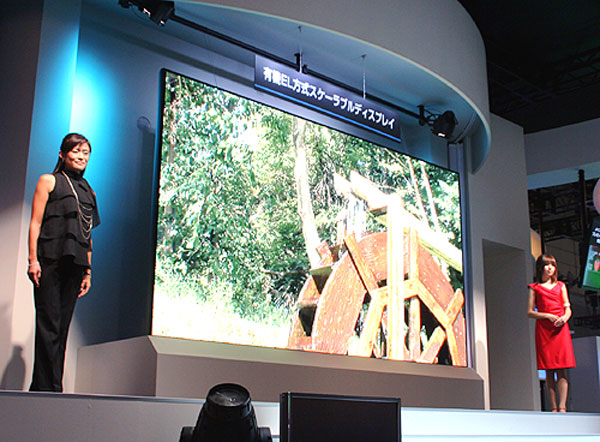 The display is called Diamond Vision, and it’s actually made of smaller displays that combine to form Voltron a super display of sorts. Aside from minimizing costs, the modular design also makes it possible to build a curved display. 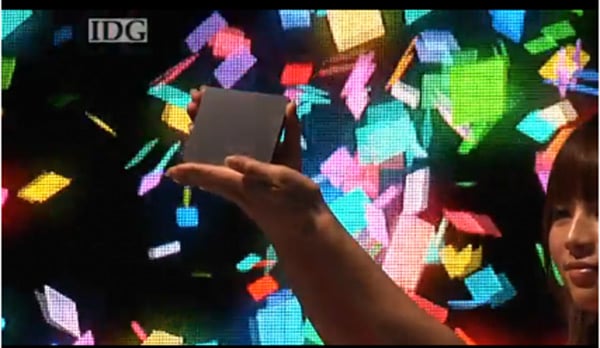 The display’s isn’t pure win however because as stated in the video below, Mitsubishi estimates that the OLED will last approximately 20,000 hours – about 2 years and 100 days – which is a fairly short amount of time.

Nevertheless, I don’t think us normal folks have any right to be disappointed – or excited – about Mitsubishi’s breakthrough because the display is meant to be installed in public areas for ads and such. Besides, what the hell would we do with an infinitely expandable display? I’d rather have a 19-inch TV that lasts 5 years than this thing.