It’s extremely rare – if not unheard of – for me to write two posts about the same person in a row. However, while I was researching designer Craigton Berman‘s totally awesome LEGO remote control concept, I came across this lamp over on his website and just had to mention it. 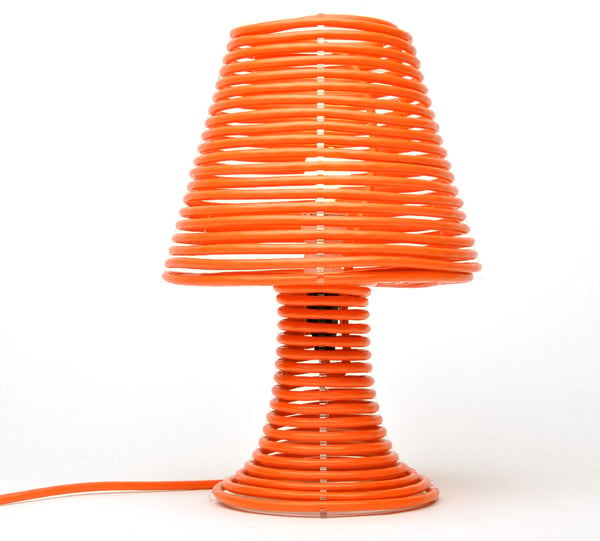 Berman’s Coil Lamp is one of those “why didn’t I ever think of that” designs. It’s so simple and elegant in concept, but striking at the same time. You see, the Coil Lamp is simply a table lamp made from a 100-foot orange extension cord, wrapped around an acrylic frame. 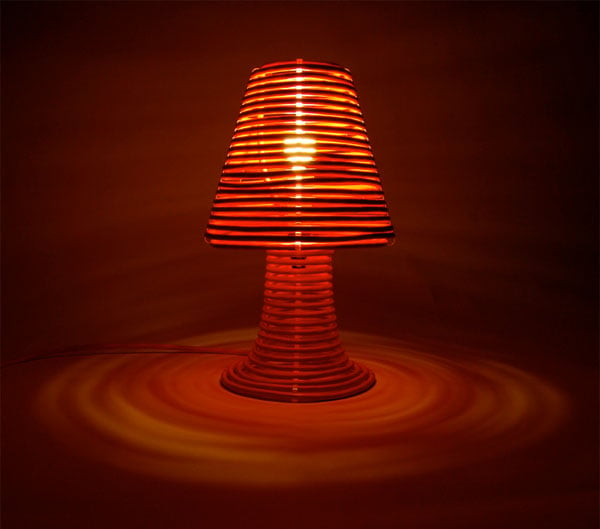 When fully-assembled, the Coil Lamp is a striking addition to any room, but when you look at the raw elements of the lamp, you’ll be scratching your head saying “that’s all there is?” This is truly a case where the whole is much greater than the sum of its parts. 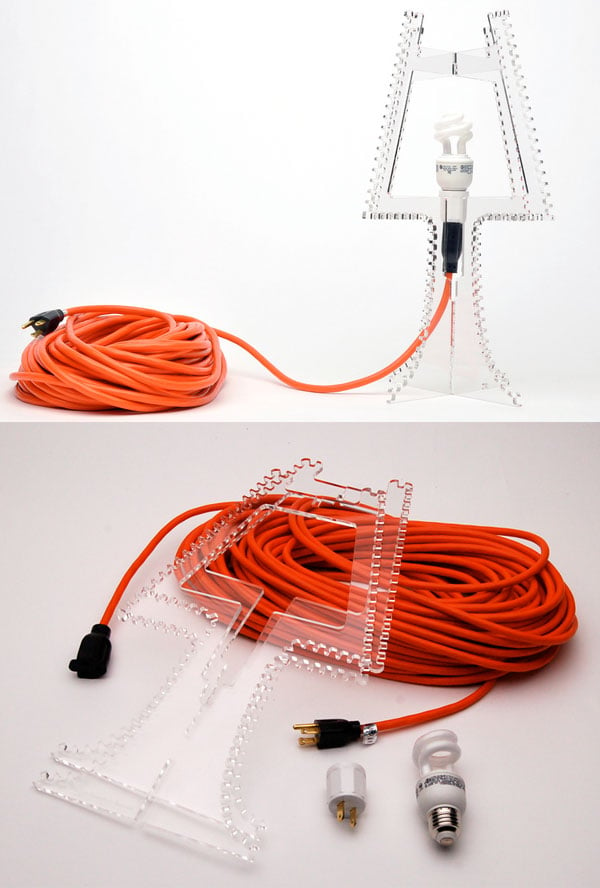 You can order the Coil Lamp over at Craighton Berman’s website. The D.I.Y. version (B.Y.O. extension cord) retails for $75 (USD), while a hand-coiled edition, signed and numbered by the artist sells for $150 bucks.

Nice touch there with the coiled CFL lightbulb there!