Scavenging for New Ways to Die in Left 4 Dead 2

Left 4 Dead 2 is bringing all sorts of new zombie mayhem to the table. No more is the apocalyptic experience just about running from point A to point B (where the transportation is!); the sequel is bringing mission-style multiplayer in a new game type called Scavenge. 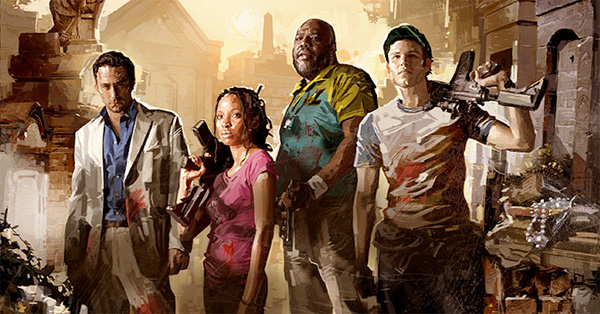 So what are you scavenging? Gas cans. The setup, at first, is not unlike versus in the first game; one set of players step into the shoes of the survivors, and others act as special infected. But instead of escaping, the objective here is to collect gas cans and bring them back, while the zombies do their best to ruin everyone’s day. The team that, in their time as the survivors, collects the most gas cans wins.

Other aspects Left 4 Dead players should be used to are still in effect here: infected players have limited spawn points, of course, and there are always all the other zombies. But the added fetch challenge stands to add a whole new dimension to the co-op game, which is out next month.