Dark Side, Light Side, Pumpkin Side [Star Wars] 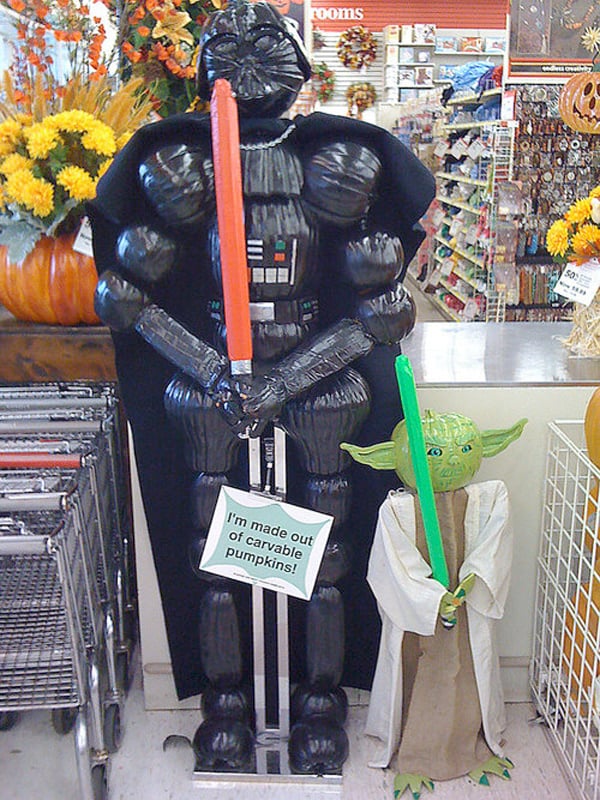 Well, that’s one way to market your crafty supplies. One awesome way. I think I just officially got over custom action figures. There aren’t even any snakes! But I must say, they’re awfully… rigid… with those lightsabers.

This display was spotted at a craft store, which means that someone probably got paid for painting pumpkins black and putting together costumes. I never thought I would actually aspire to retail, but if I could actually sew, I’m pretty sure I would consider that a viable career choice. I’m sure I could manage to paint. Probably.