The first time I saw an NES gaming system built into an NES cartridge, I thought it was pretty sweet. Until I saw this one, which totally outdoes the original. 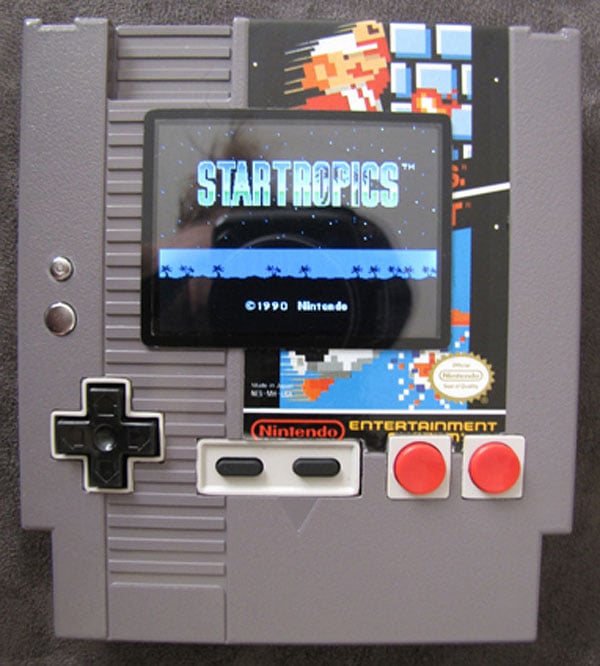 Inspired by an earlier NESp (Ninendo Entertainment System portable) mod by darkeru, modder airz managed to put a completely playable game system, including a 2.8-inch LCD screen and original NES controller buttons into an old Super Mario Bros./Duck Hunt combo cartridge. The broken off cartridge connector board at the bottom is nice touch, too. 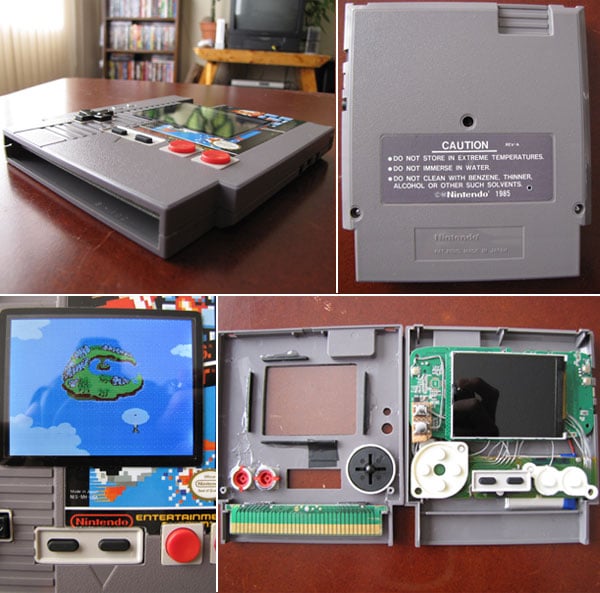 Now, you may ask how he fit an entire NES inside a cartridge – the answer is simple – airz’ NESp isn’t a real Nintendo console. It’s actually one of those cheap Chinese PMPs that happens to be able to emulate NES games. But that doesn’t make it any less cool in my book. The way I figure it, that just means that he doesn’t need to carry around a bunch of other cartridges to play games. It can also play Game Boy and Game Boy Color games as an added bonus. And movies, MP3s and even receives FM radio to boot. Airz even preserved the portable’s video-out port so he can play games on a television too.

Here’s a vid clip of the Airz’ NESp in action:

From the looks of the video, though, it sounds like someone needs to increase the framerate skip on their NES emulator. Mario seems to be playing just a wee bit faster than the original.