Minor modifications aside, today’s Rubik’s Cube is very similar to the one that Ernő Rubik introduced to the world more than 30 years ago. But it was only a matter of time before the geeky puzzle cube got touched by technology. That sounded dirty. But you get it, right? Touchscreen Rubik’s Cube. Stupid pun. So yeah, the cube has gone high-tech, eliminating the clickity-clackety action of the analog version in favor of swipety… swapety? Instead of having moving parts, the touchscreen Rubik’s Cube has an accelerometer that detects swipes to rotate the colored lights. 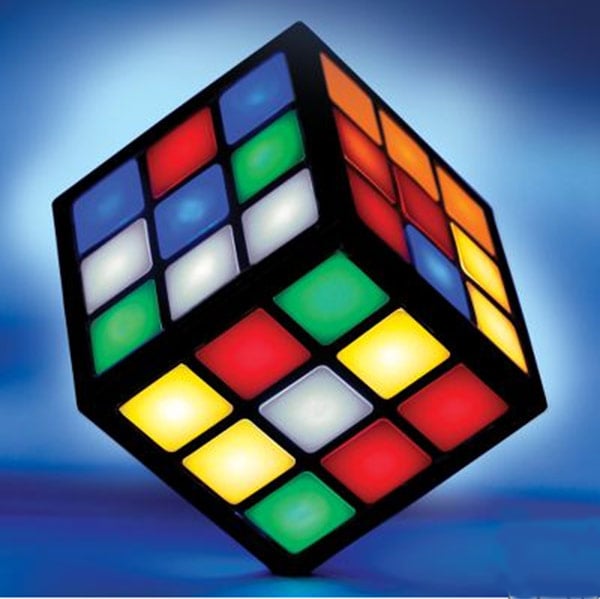 The cube also has some built-in memory so even if it runs out of charge while you’re in the middle of solving, you can still pick up where you left off after you recharge the cube. The charge time-to-battery-life ratio is quite atrocious though, 8 hours to charge for 1 hour of play. That’s downright puzzling. I know that if you’re good at it you can solve the puzzle 125 times before it runs out of charge, but still.

Plus it’s freakin’ expensive: Hammacher Schlemmer is asking $150 (USD) for a touchscreen Rubik’s Cube. Well actually the price might be justified, considering that the cube is intelligent: it can offer hints and can even solve itself if you want. Yes sir, I said IT CAN SOLVE ITSELF. Whether that’s an awesome idea or a redundant feature is up to you. I vote redundant.