When I first saw this I thought it was one of those so-simple-it’s-brilliant kind of things,  but then I remembered how dirty the tops of canned drinks usually are. No rat piss on my Coke please, thank you. Not that rats piss on Coke cans here. They don’t, honest. I think. 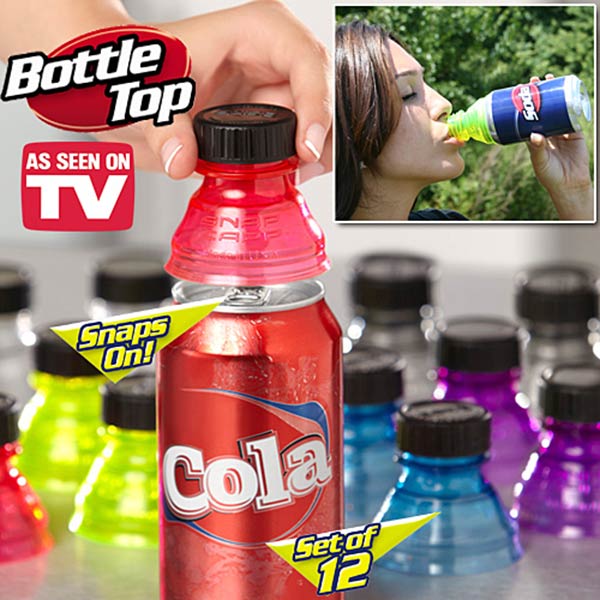 But seriously the tops of canned drinks can be really dirty; one commenter on Boing Boing Gadgets agrees with me and gives the thumbs down to the Bottle Tops as well. But the others say that it’s perfect for beer for a couple of reasons – one, because it keeps the carbon dioxide from escaping, so you don’t have to worry about not being able to empty huge cans of booze, and two, because if you cover the can itself the bottle top makes it look like you’re drinking an energy drink. In other words, it keeps the fizz in and keeps the fuzz out.

But the dagger ended up to be the product’s quality: several commenters claimed that the edge of the bottle tops wore off after a while and couldn’t snap on cans anymore. It’s cheap though: $10 (USD) at Taylor Gifts for a pack of 12.