Sure, the PlayStation 3 is eventually getting its own official motion controller from Sony, but while you wait for this bit of futureware, the guys over at UK gaming outfit BLAZE have announced their own motion-sensing PS3 controller. And it looks an awful lot like a Wii-mote. 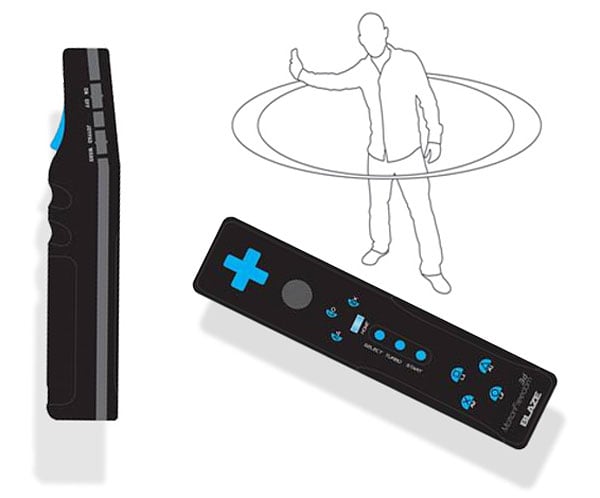 The BLAZE PS3 Motion Freedom 3D controller can detect your movements and send them to the PS3 for use in games. The controller has a D-pad, analog stick, and all of the other buttons you’d find on a DualShock 3 control.

Now there’s no word on what games the Motion Freedom will support, but BLAZE makes mention of Tiger Woods PGA Golf and Sega Tennis in their announcement. No word on a release date or price either – so for now, you’ll just have to be satisfied reading the press release.