Unless the blades of your electric fan are quite dirty – mine are, need to clean them – I don’t think you’ll feel that the air coming from the fan is “choppy”. You’ll still feel that steady stream of air right? Dyson disagrees, so it invented a bladeless fan that uses technology found in turbochargers and jet engines to amplify the air that it sucks in. The result is a solid cylinder of breeze in your face. Or wherever the fan is aimed at. 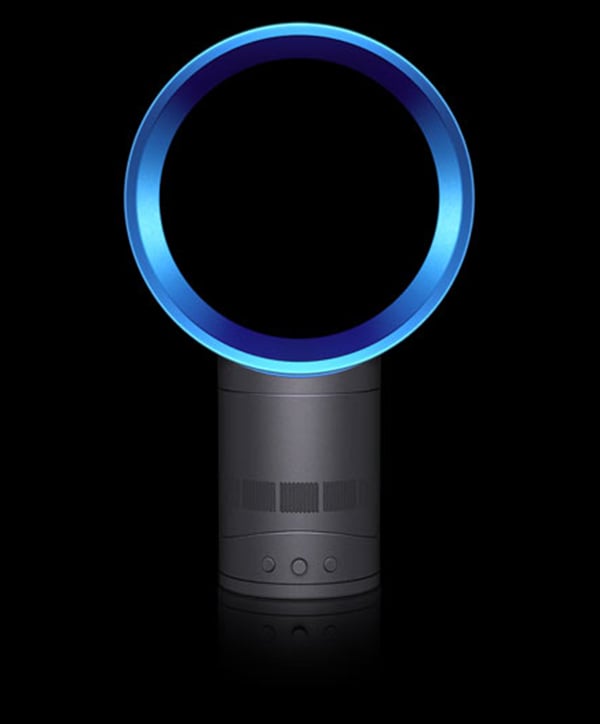 A motor at the bottom of the fan sucks in a tiny bit of air, which is then sent to the inside of the circle up top. The circle’s cross-section is shaped like an airfoil, and that plus a couple of forces that I barely understand but have a lot of respect for makes the air coming out of the edge of the circle get supplemented by the air behind and around the fan. 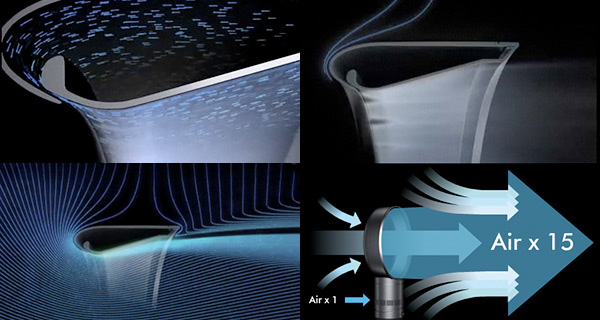 Clearly “Air x 15″ is a good thing. No word when the fans will be available, but both the 10″ and 12” models of the fan are already listed at Dyson’s online shop. The 10″ version will sell for $300 (USD), while the 12″ version will sell for $330. Unless these things are energy efficient, I don’t see why people with space to spare would buy an air multiplier over an air conditioner, which doesn’t have fancy jet technology but can cool the air in a whole room. Just saying. But if you’re interested, check out Dyson’s website for more details and videos of the fan.