Wikireader: the World’S Most Semi-Trusted Encyclopedia at Your Fingertips

Don’t you just love Wikipedia? Whether you’re a high school student writing a paper on some obscure old or dead person, a tech blogger who knows nothing about tech, or a lowly prankster who wants people to think, even for just 50 seconds, that the name “Microsoft” is really a description of someone’s primary sexual characteristic, the crowd-sourced encyclopedia has something for everyone. Now you can take (English) Wikipedia with you, thanks to the Wikireader. Unfortunately for pranksters it’s not possible to edit Wiki articles on the Wikireader. It’s not called Wikireaderandeditor, is it? 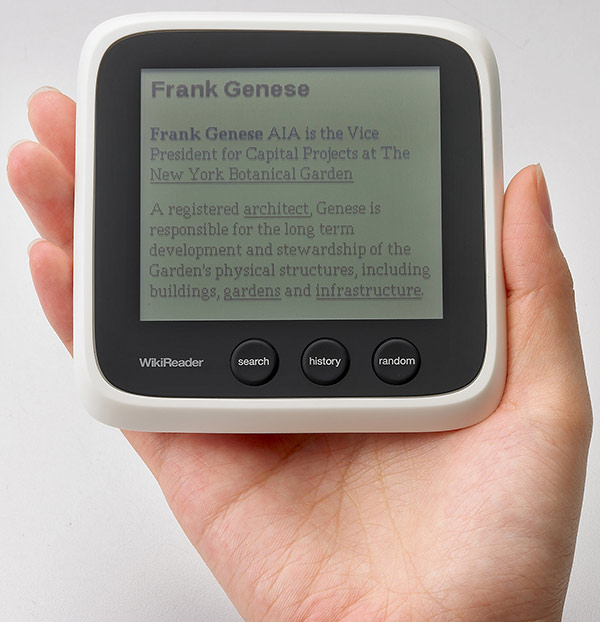 The Wikireader’s interface, as you can see, was made to be as simple as possible. There’s a search button, which I assume brings up the on-screen keyboard when pressed; there’s also a history button which gives you a list of entries you’ve browsed, and a random button, for nerds who can’t think of anything better to do with their time. I’m sure my right index finger and the random button will be friends in no time at all. 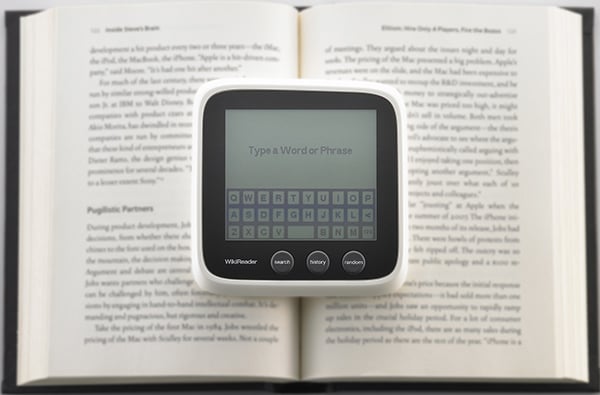 The simple interface,  predictive text input plus the fact that it doesn’t need an Internet connection makes this a must-have gadget for me. I think the device could use a bigger screen, but yeah I’m sold. WANT. Openmoko also claims that the device can last a year on just 2 AAA batteries. Actually that’s not hard to believe, considering it’ll only display text in black & white. 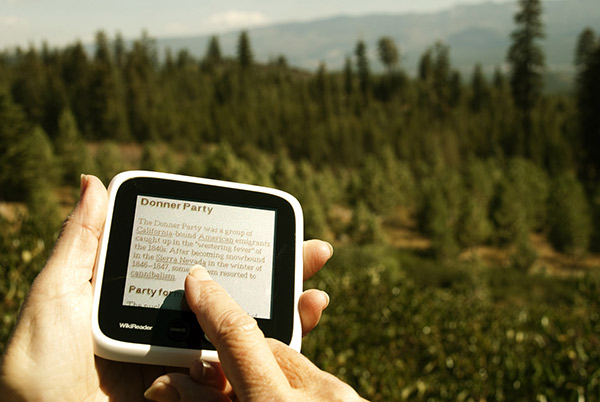 You can get a Wikireader for $100 (USD) at the product’s website; a memory card containing with “over 3 million” English Wikipedia entries is included with each purchase. There are two planned update schemes: you can either download updates for free, or for an annual fee of $29, have the updates delivered to you in the form of microSD cards. While the Wikireader does have a Wikipedia entry, you’ll learn more if you check out it’s website instead.