This Dsi is All About Brotherly Love

…it’s just that this sort of brotherly love tends to be more about punching and less about hugging. Call it the Super Smash Bros. Call it domestic violence. But you know everyone wants to see this guy’s DSi when he whips it out in public! 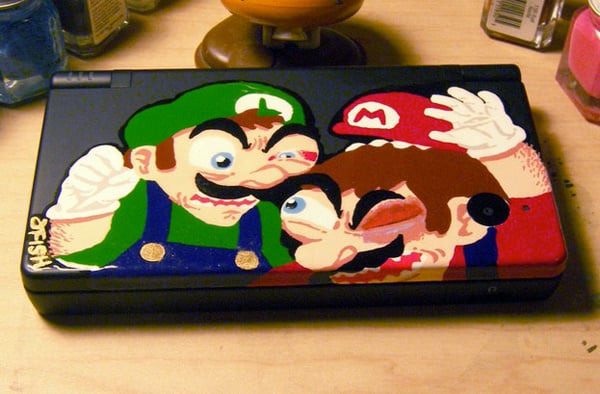 It may just be me, or the black DSi shining through, but it really looks like Mario is slamming his head into Luigi’s eye, and that’s just taking things kind of far, don’t you think? Whatever started this, it must be serious business, because both brothers are wearing murder-faces. They really look sort of monstrous. Perhaps this custom DSi is a statement about the beast within, and how we can release that negative energy through the power of video games.

Or, it’s just a cool picture to paint onto a DSi.