I’d love to make some sort of Transformers/Allspark joke in reference to this Sega Saturn joystick, but unfortunately Gizmodo beat me to the punch. But that’s okay, ‘cause I can one-up their nerdiness by delving in to deeper detail and pointing out what, specifically, the Sega Saturn joystick transforms into. And that’s an Insecticon. “Kickback,” to be precise, whose alternate form was a grasshopper. 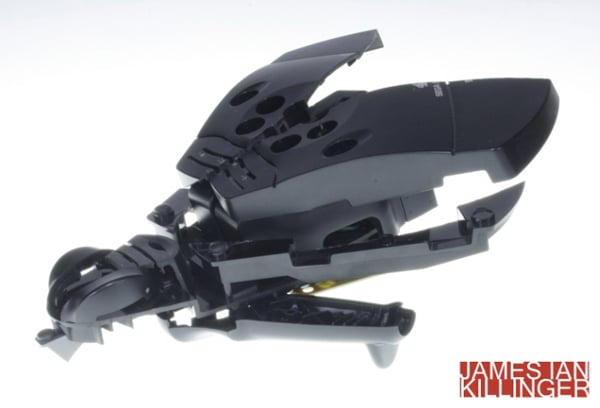 The Sega Saturn joystick/Insecticon is actually a “Robo-Space-Bug,” at least according to its creator, James Ian Killinger. The fightstick turned fighting robot was found on his portfolio at Coroflot. It seems that Killinger managed to turn an innocent Sega Saturn joystick into a buggy menace with only its original components and three extra screws.

One time, I destroyed a Sega Saturn joystick and all of its original components, and then lost three screws. 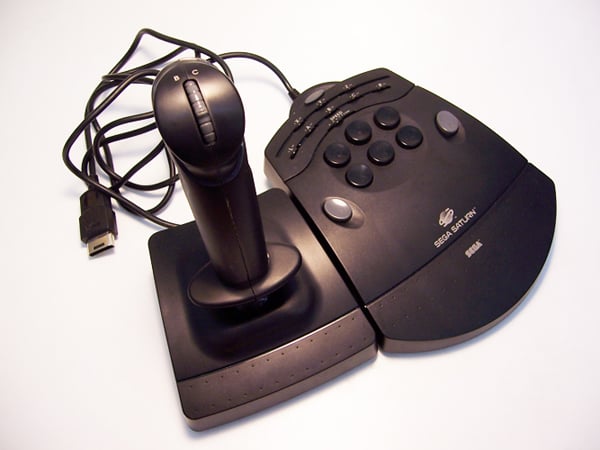 But I digress. What do you think the odds are that we’ll see a video game controller like this transform into Kickback in Michael Bay’s third Transformers film? I mean, he did confirm that Transformers 3 is on its way.