I didn’t much care for Assassin’s Creed, but I will concede that the assassin’s retractable dagger is a pretty badass weapon. And in the most literal sense of “badass.” So you would think news of a real-life assassin’s dagger being manufactured would elicit a sheepish smirk from me. Well, not so much. No, instead I’m very, very concerned. 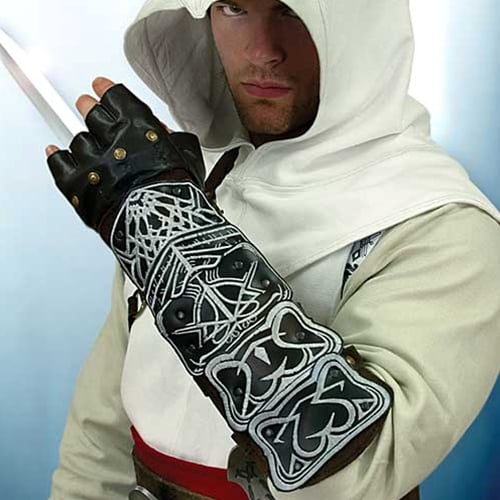 The “assassin extension knife” is being made by Museum Replicas, prop makers whose catalog is rife with replicas from Lord of the Rings, Star Wars, Terminator, 300, and lots of other geek-friendly names. And while a lot of their products run pretty high in price, the extension knife is a paltry $125 (USD). In addition to Altaïr’s extension knife, Museum Replicas are also selling virtually every component of his outfit – over tunic, under tunic, vambraces, boots, belt . . . if I were a cosplayer, I’d have struck gold. 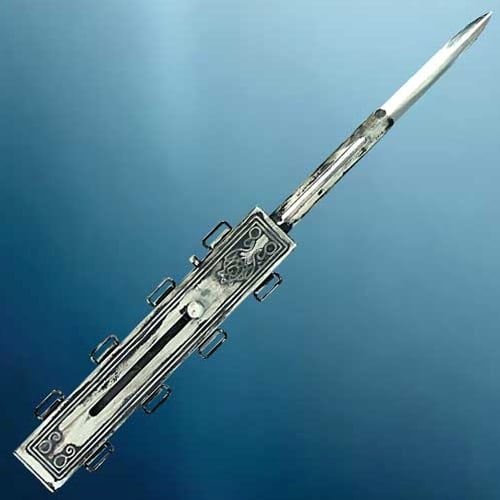 So why am I concerned about this knife, which is designed to be concealed, hitting the market? Remember that scene towards the end of V for Vendetta, where the inspector says how he can “see” how everything will unfold? Well, I’m having the same experience, but about this knife. Prophetically, I can see an “accidental discharge,” blood being shed, and the ensuing media storm (spearheaded by Fox News) that will damage video games’ already weak credibility.

So by all means, get your fan boy or fan girl on. Just… exercise a whole lot of caution when you do. My last roommate once stabbed himself in his gut with a katana, and that thing’s big. I imagine it’s much easier to wound yourself, or others, with a retractable knife strapped to your forearm.