And the Best-Selling Game of the Decade is….

…the Nintendo Wii Remote. Wait! I mean Wii Play (with Wii Remote). That’s right, folks. Halo isn’t the best-selling game of the decade, and it ain’t Gears of War. Forget all the Final Fantasy installments. It’s not any of the gun-toting installments of Grand Theft Auto. Scratch off Madden and all other sports games. The first decade of this new millennium was all about some cow racing. 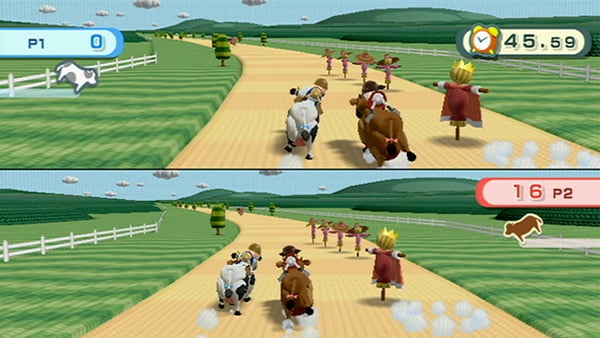 Holding second right now is Grand Theft Auto: San Andreas, but it may lose its place to…  Wii Fit. If you were doubting the success of Nintendo’s Wii console in any way, uh, stop. Their consoles really might as well print money.

It’s easy to make jokes about the extra controller being the primary selling point for Wii Play (because it’s pretty much true!), but there’s no arguing with millions of people heading out and buying an expensive video game package like Wii Fit. The exergame and its associated balance board have been a booming success, to say the least.