‘a Boy and His Blob’ Comes to Life, My Worst Nightmare Realized

I have an irrational fear and hatred of “blobs” and blob-like creatures. Growing up, I used to watch a Saturday morning cartoon called The Herculoids, in which there were two gelatinous mounds named “Gleep” and “Gloop.” Hated them. To this date, I haven’t watched Irvin Yeaworth’s The Blob. And I have no intention to play A Boy and His Blob, despite how prettiful the visuals are. 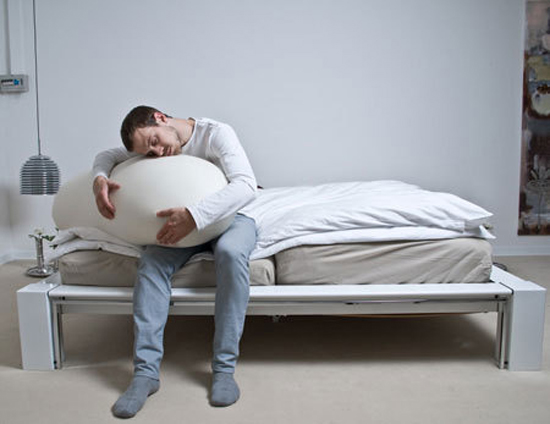 Blobs are my enemies.

And now . . . Now crazy German designer Stefan Ulrich has gone all fringe science on me and made a real blob. Well, real-ish. His blob, “Funktionide,” does actually change shape through the use of artificial muscle technology. At one point in the video below, the thing monster even looks like it’s breathing.

Honestly, I find this video to be pervasively sexual – and in the least sexy way. Does anyone honestly believe a gooey white mound could replace human contact? I guess in a very abstract “I need a hug” sort of way, but c’mon. Who wants to have an affair with something that looks like a giant glob of dough?