Twitter lets people share even the littlest, most unremarkable things in their lives. This winter Vicon will release the Vicon Revue, a camera that promises to make “lifelogging” – making a photographic archive of your day – popular. Oh crap.

The Vicon Revue was originally called SenseCam. Some of you may have heard of SenseCam before; it was developed by Microsoft Research in Cambridge, UK. Basically it’s a low-res fish eye camera, about the same size as a Post-it notepad, that is worn on a cord around the neck. It automatically takes pictures based on two things: a preset time interval, even as short as once every 5 seconds, and various stimuli, like changes in light or temperature. So when you enter a room for example, the difference in brightness will prompt the camera to snap a picture. Even if you just moved from your living room to the garage. Or if you turn off the lights. Or if you repeatedly cover and expose the light sensor. 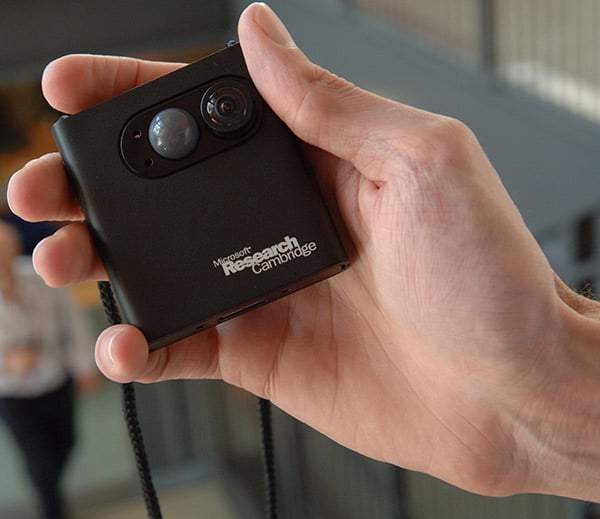 It was originally intended for people suffering from Alzheimer’s and other memory-debilitating conditions. Tests have shown that “reviewing SenseCam photos of a significant event every two days for three weeks, the person could remember it substantially better, even after months of not looking at the photos, compared with events that were not reviewed this way or were recorded only in a written diary.” The Vicon Revue will be marketed to researchers at first; a consumer version will follow next year. Here’s a sample shot from the SenseCam: 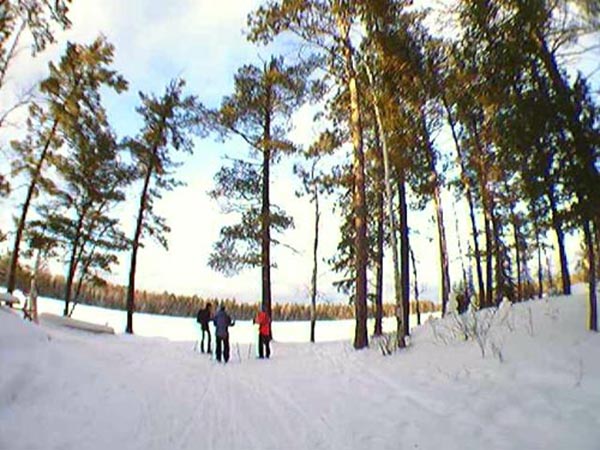 Can you see it now? People uploading shit like this with their tweets. “OMG I think I saw Steve Jobs is this him <Vicon Revue pic>” “OMG my tummy got 3 mm bigger <Vicon Revue before & after pics>” “OMG!!!! My Vicon took pictures of a cloud shaped like a penis roflcopter I didn’t even see it lololololol <17 Vicon Revue pics of a cloud that looks like anything but a penis>” 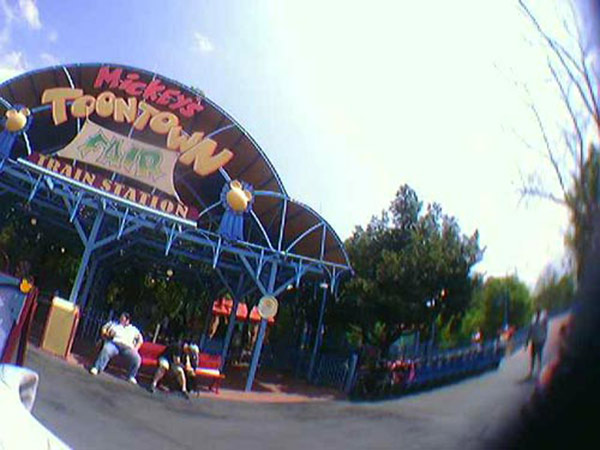 The SenseCam takes pictures at 640×480. It has 1GB of internal flash memory, capable of storing more than 30,000 of the low-res pictures. I don’t know if there will be changes in specs, if any, on the Vicon Revue. I think the reason why it’s so expensive despite it’s mediocre imaging capabilities is the myriad of built-in sensors: light-intensity and light-color sensors, a passive infrared (body heat) detector, a temperature sensor, and a multiple-axis accelerometer.

The Vicon Revue that will be sold to researchers will sell for £500 (approx. $820 USD). I’m guessing the consumer version of Vicon Revue will be a bit cheaper, and have at least double the memory. If all goes well, the internet will be flooded with billions of mundane fisheye pics in 2010.